Venturi were a French sports car manufacturer founded in 1984 that specialised in high-performance luxury GTs. They were like a French take on the usual offerings by Ferrari, Porsche and Lamborghini.

Considering their diminutive size and limited resources, they created some truly epic machines that were every bit as good as their rivals.

When I was a teenager, before the internet, you had to get your car fix by visiting the local newsagents. Cashed up after just getting paid, I'd raid the male interest section buying every car magazine on the rack, Road & Track, Wheels, Sports Car World, Car and Supercar Classics, just to name a few. I'd just about burned through half my pay, and I reckon I helped fund my local newsagent's retirement.

It was after one of these jaunts; I'd first laid my eyes on the Venturi 400 Trophy/400GT. I remember it distinctly because it was the first time a sports car with French origins excited me, up till then I thought anything the French produced was crap. ( young I didn't know any better, Bugatti was just a foreign word and I didn't even know Alpine existed.)

The 400 Trophy/400GT was just wow! It looked like a cross between a Ferrari F40 and the then Nissan 300ZX, while you might think that would make it some sort of hybridised bastard, it totally worked. Not only did it look the part, but it also went hard as well and for considerably less dosh than a Ferrari.

Between 1992 to 1994, the track only 400 Trophy was produced in limited numbers with 73 in total built, specifically for a one-marque race series which proved to be popular with well-heeled gentleman drivers in continental Europe. 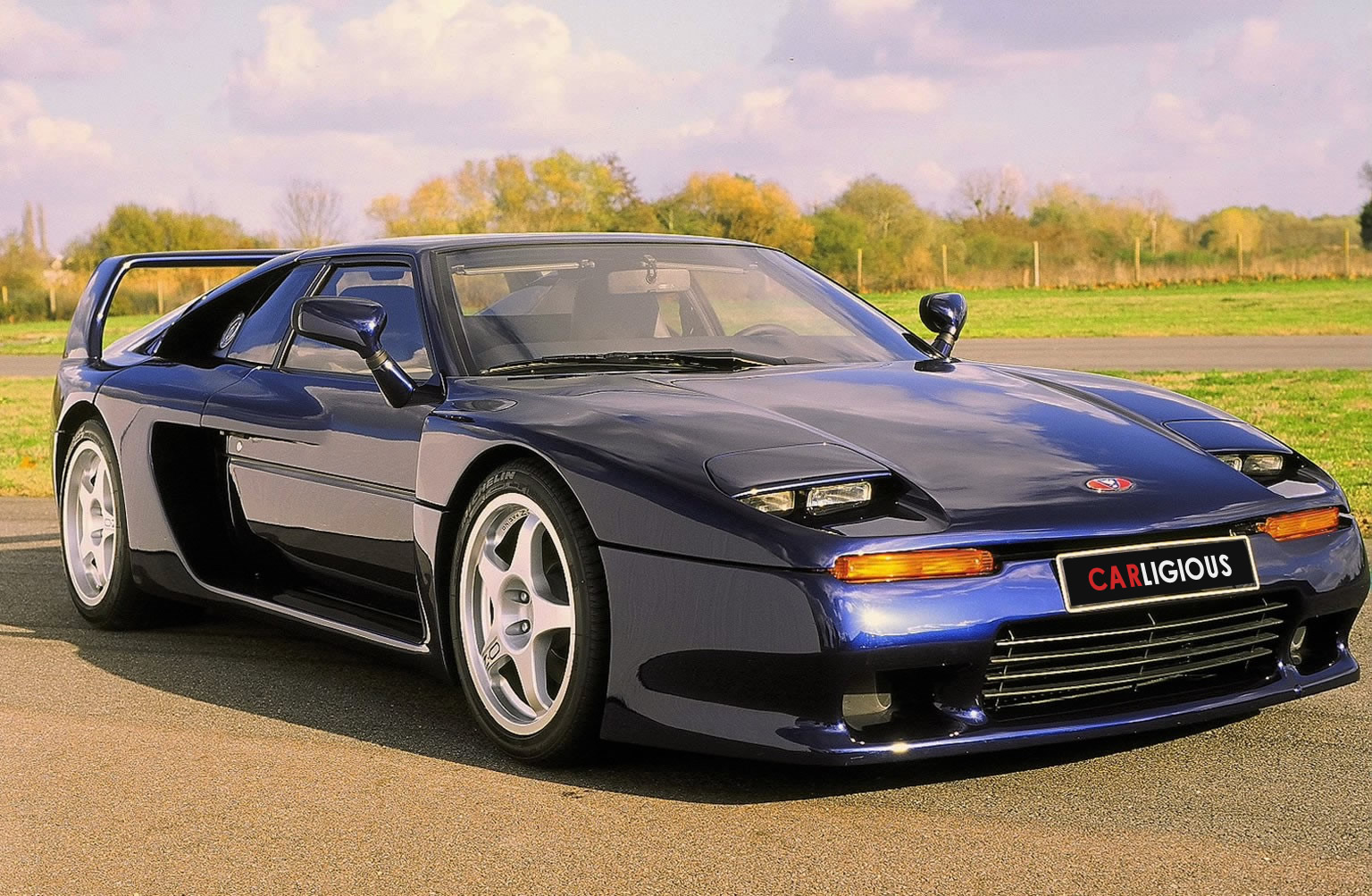 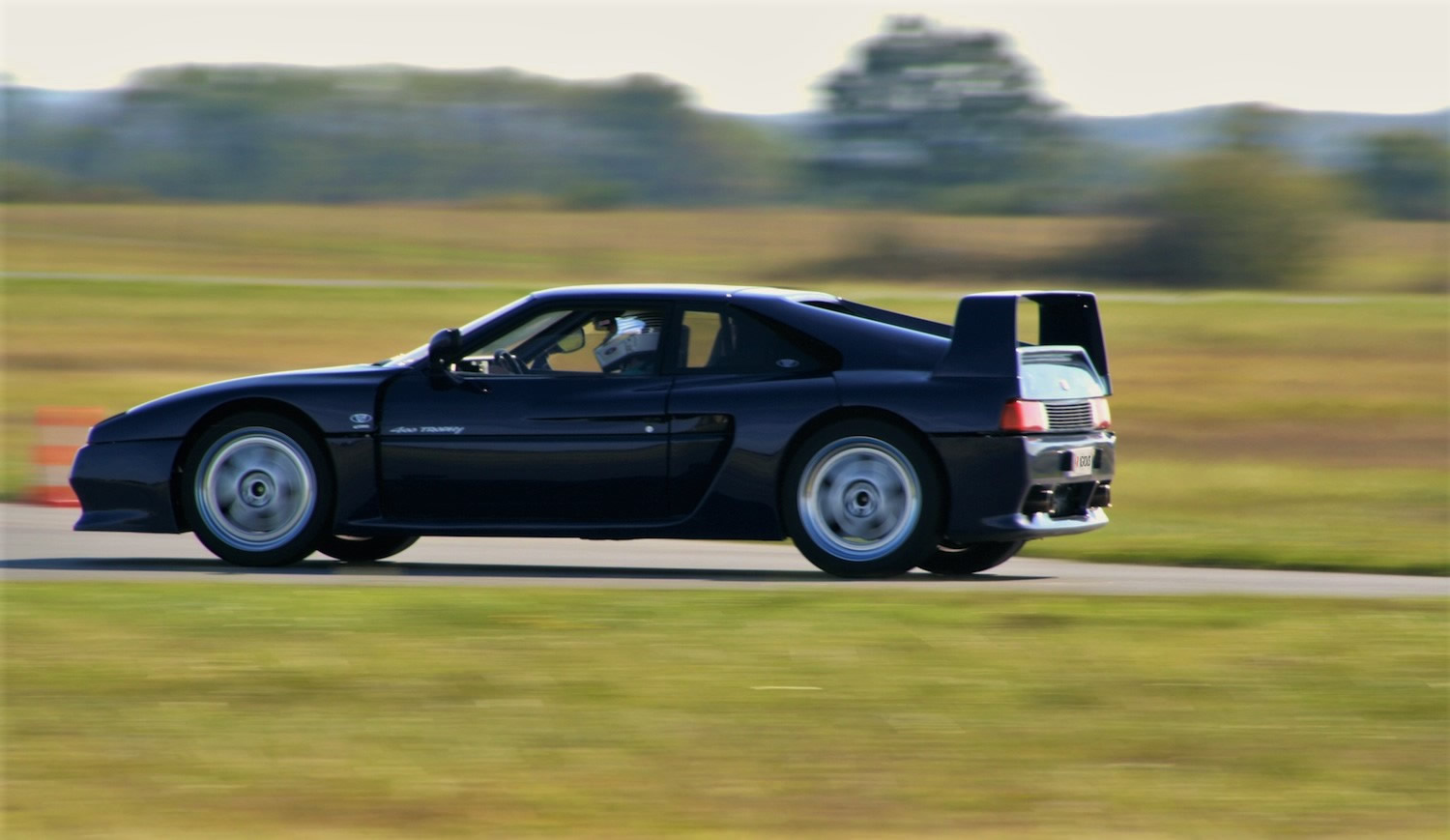 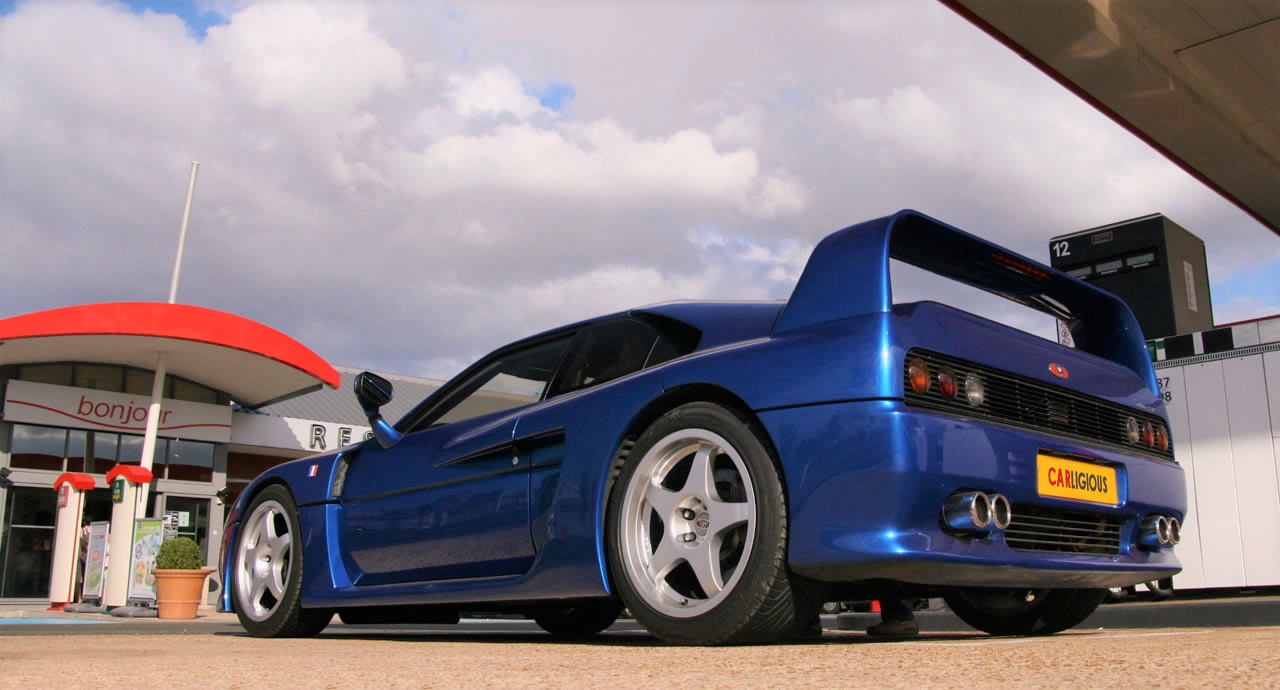 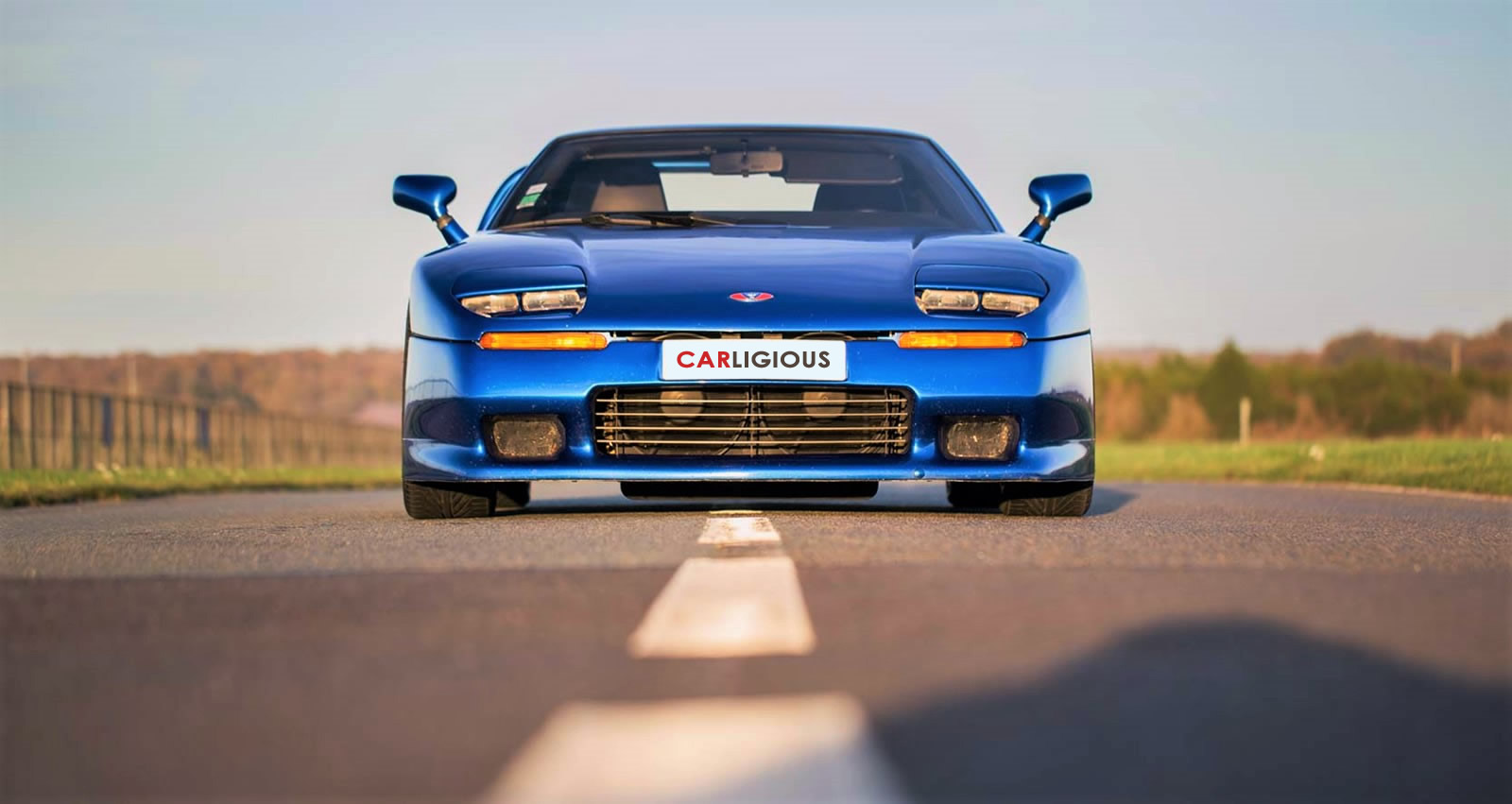 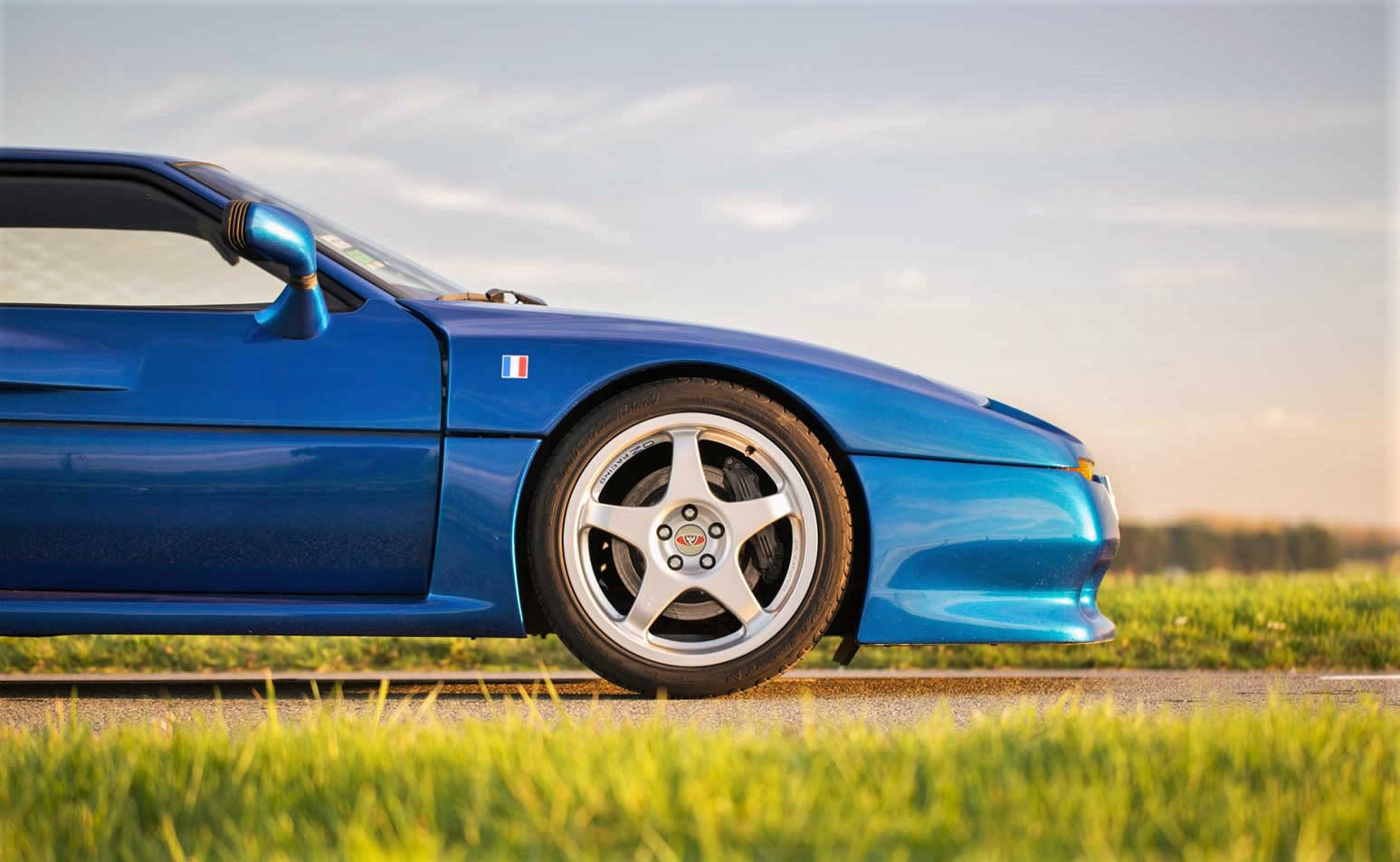 The Venturi 400 GT, introduced in 1995 was the road going version of the 400 Trophy series. Rarer still, upon release it was the fastest French production car ever built.

The 400GT was considerably more civil than it's racing counterpart but lost nothing when it came to brute performance. One look at the technical specification was all it took to realise this was not a car for the faint of heart.

Like the F40 its styling mimicked, the 400 GT was a race car for the road and employed race-inspired technology in its construction. Carbon fibre used throughout, making up many of its body panels. It also used carbon ceramic brakes, a first for road going vehicle.

As the first application of carbon ceramics on a road car, braking was lacklustre until they reached operating temp, small drum brakes were also fitted to compensate.

While 400bhp from a 3.0-litre motor is quite respectable, it didn't explain the cars berserk performance until you looked under the skin. race car roots were evident everywhere; it was absent of anything that didn't contribute to performance. No ABS, no electronic stability control, no power steering, no brake assist, all of which accounted for a lithe kerb weight of just 1080kg. 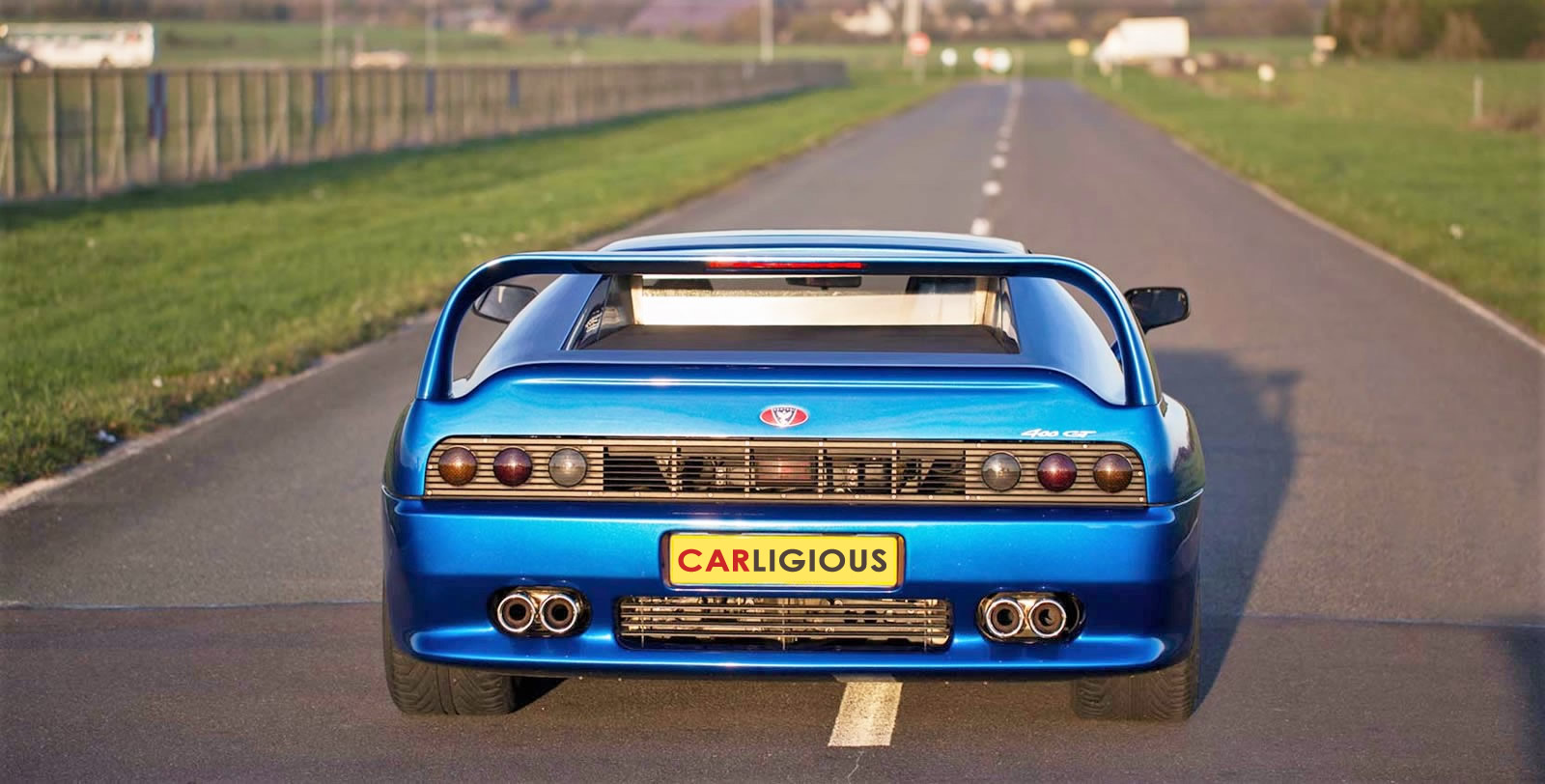 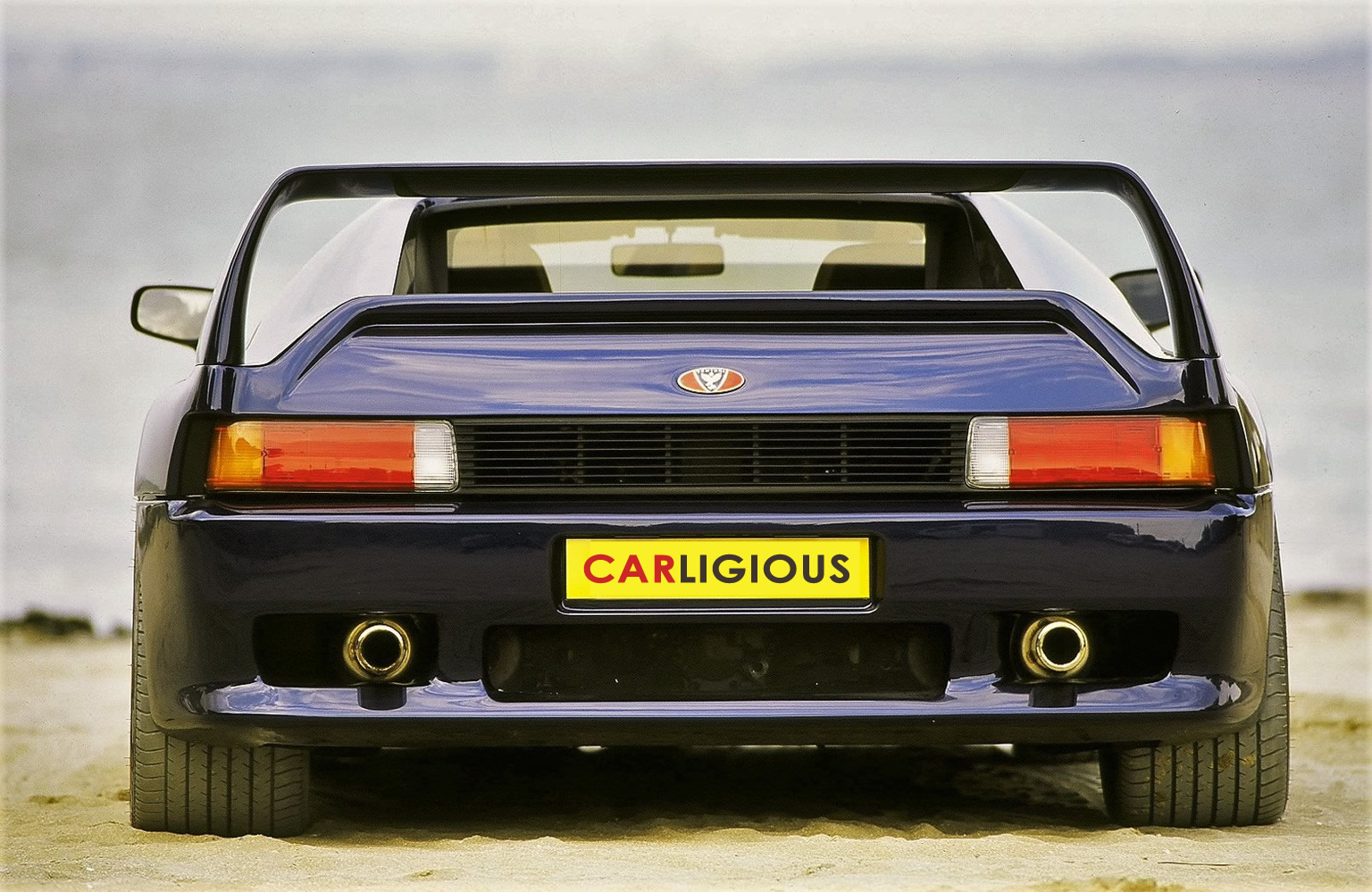 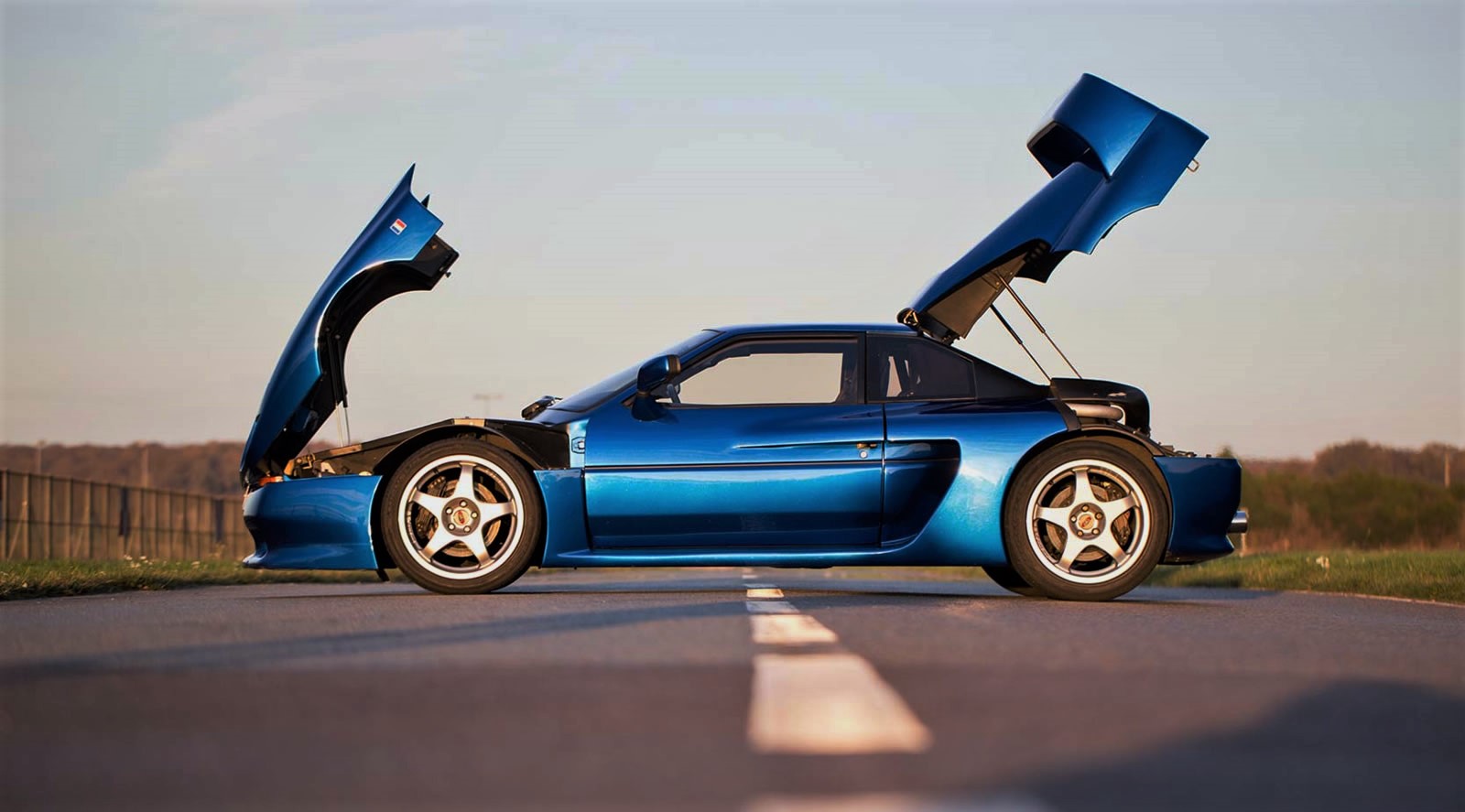 While it wore a GT badge, it was no highway cruiser; too closely was it aligned to the 400 Trophy to be ever considered that. While it may have had a harsh ride, from all reports, given an open road and full throttle it was a scintillating drive. The equal of a Lamborghini Diablo and Ferrari Testarossa for outright performance but it reigned supreme when it came to the twisty bits with lightning go-kart like chassis response.

Equipped with a sophisticated purely analogue suspension setup of, front wishbones, coil-over spring/shock absorbers and anti roll bar, rear multi-link with combined spring/damper and stabiliser. Along with component 18" OZ racing wheels, 235/40 ZR front and 295/35 ZR rear, it had huge levels of mechanical grip, making it just as happy on a race track as it was on the road.

While the car was very basic, Venturi did go some way to introduce luxury into the cabin, extensively trimmed in leather, 25 square metres per car. That's a lot of cows! Fully sculpted Recaro bucket seats kept you firmly planted while you were on it and fully automatic A/C was deemed appropriate, but they were the only concessions to what was absolutely a driver focused car.

With only 13 road-going 400 GT officially produced by Venturi, it is one very special and rare vehicle. Some 400 Trophy owners have converted their cars to GT spec for use on the road. Those in the market for a 400 GT need to be aware the converted Trophy examples are not worth as much as the originals.

The Venturi 400 Trophy/400 GT is well deserving of its place in Supercar history. The only downside I can think of is chances of seeing one here in Aus are virtually nil. 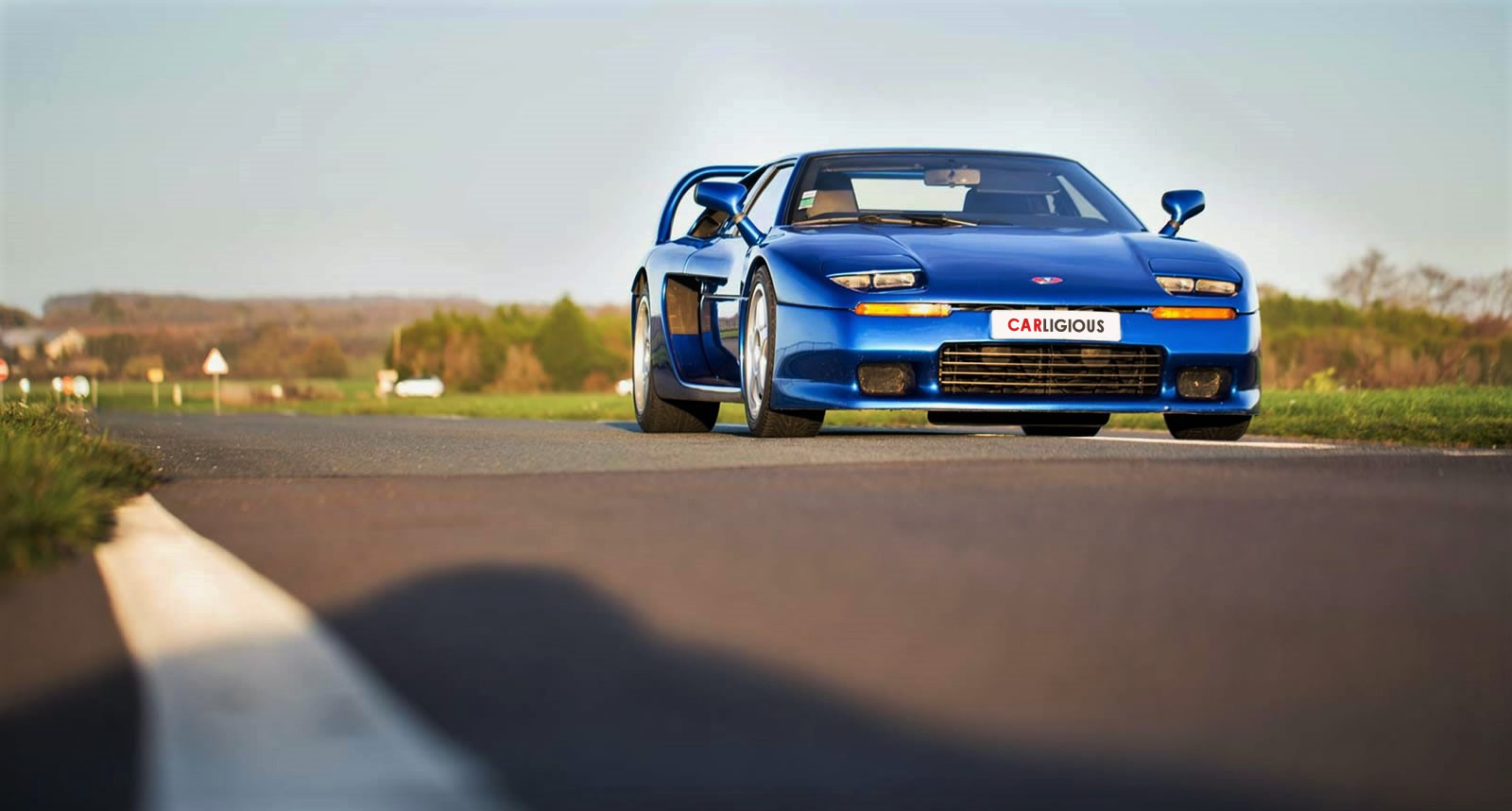 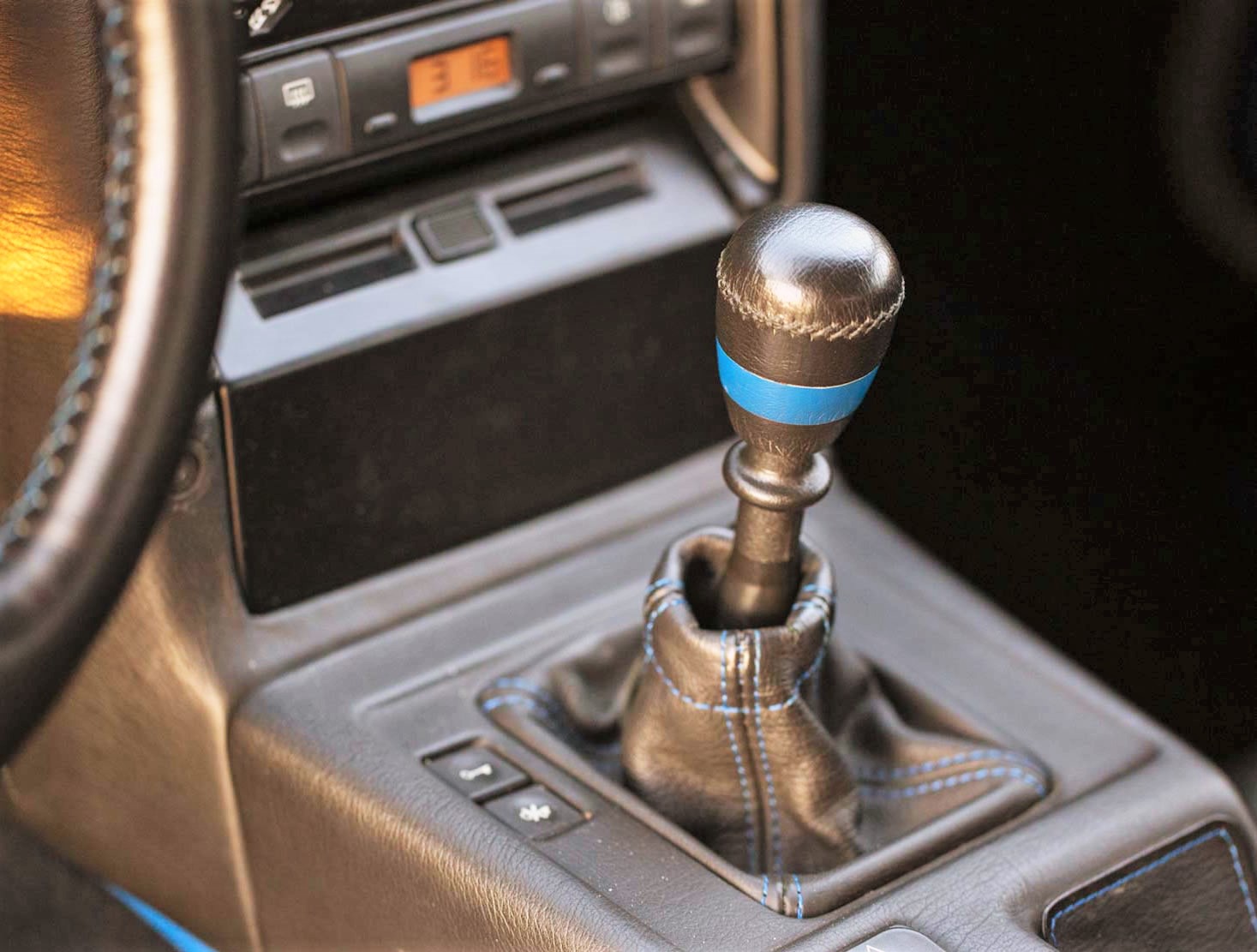 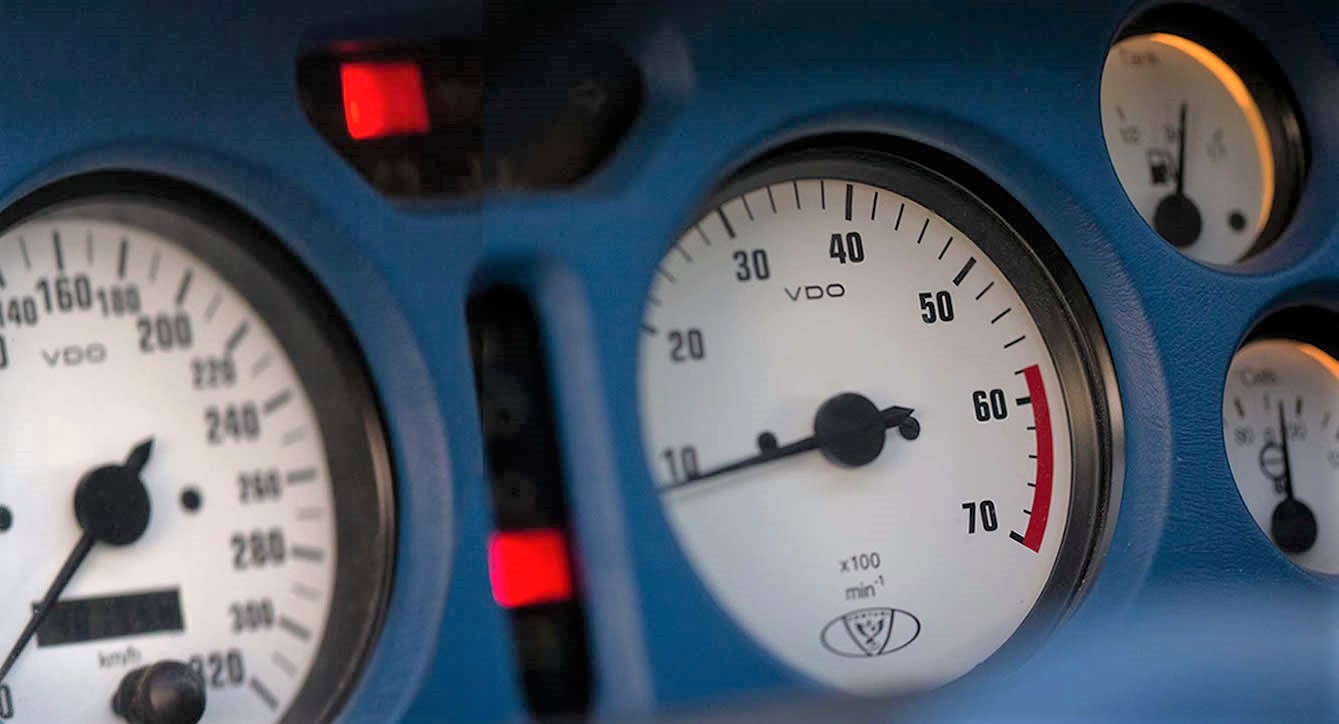