Retro's all the rage these days, and when done right it's a good thing. And the goodness that is the 2019 Ford Bullit Mustang, mate, we're talking the ducks nuts. Better yet we're going to see the new Mustang down under, not in huge numbers mind you, but we're getting it regardless. 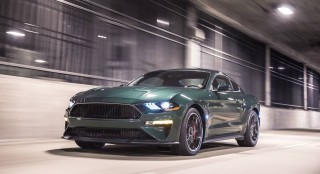 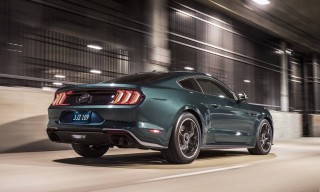 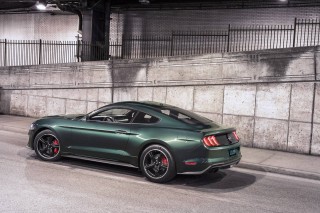 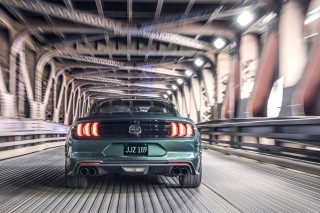 Every one of them will be sold before they're even landed. Why? For starters just look at it, it's a modern take on the original, from the movie Bullit, starring Steve McQueen. It has presence, the subtle body kit, the green paintwork, the 19" black chrome star wheels and the red Brembo brake callipers all come together to suggest something just that bit special.

Did I mention the exhaust? God, all Mustangs should sound so good. The black magic erupting from the quad-pipe exhaust is music to any muscle car fan.

What else separates it from the standard GT Mustang? While nothing is official as yet, the pundits are quoting at least 343kW and 570Nm of torque, that's a handy bump from the current car's 306kW and 530Nm. Expect the 0 to 100km/h dash to come up in the low four's for the manual and even quicker if it's available with the all-new ten-speed automatic. Top speed quoted is 163mph (262km/h), 5mph faster than the standard GT. The car is devoid of any Ford or Mustang badges, opting instead to use the Bullit moniker on the steering boss, and on the rear boot deck as a faux fuel filler cap.

It will also come with a raft of improvements slated for the 2018 Mustang range, including, all-new fully digital instrumentation, autonomous emergency braking, lane-keep assist, forward collision warning, pedestrian detection and additional airbags, meaning it's a whole lot safer than the current model. 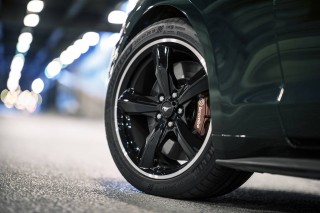 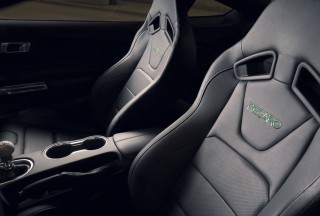 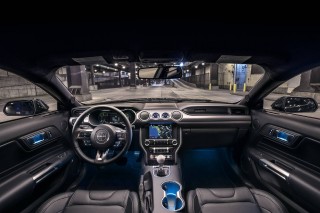 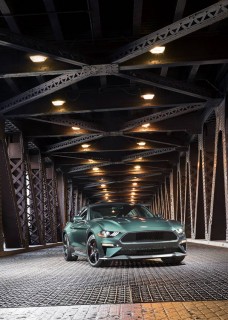 The cynical out there may say it's a cash grab, taking a standard model, slap on a few flashy stickers and charge a big premium, but in this case, I think it's a welcome addition to the range. To give the new model more cred, Molly McQueen, Steve McQueen's granddaughter unveiled the new Bullit at the Detroit Motor Show, January this year. Sally also makes an appearance in the official Ford commercial featuring the car.

Pricing is also still to be confirmed but expect to shell out $70,000 for the privilege.