Just how do they do it. It seems Ferrari can do no wrong and just when I thought they couldn't up the ante, they have me gob smacked yet again. Case in point the new "killer" 2015 Ferrari F12 TDF. Based on the F12 berlinetta released in 2012.  The F12 TDF is the new hyper version of the original vehicle, much like the 599 GTO was the ultimate version of the 599 GTB Fiorano. The TDF in the nomenclature refers to "Tour De France" which is an homage to another racing legend Ferrari of the late 50's the 250 TDF. 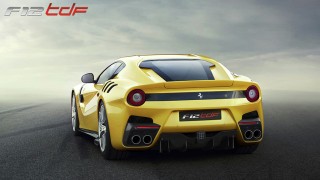 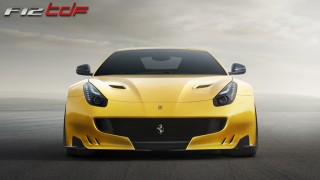 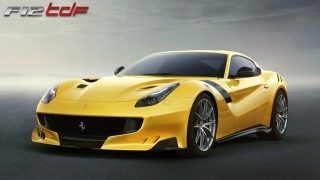 Let's look at the styling, it can only be described as jaw dropping. Only Ferrari seem to be able to blend seamlessly the old with the new and come up with something that stylistically just works. It takes the original F12 styling and amps it up by a factor of ten. At first glance the car is all purposeful aggression, with wings, slots and vents that make it look entirely menacing. At the same all these styling queues serve a purpose, something Ferrari does so well, be it more downforce (87% over the regular F12) or reducing weight (110kg lighter than the F12 it's based on).  I especially like the shark like rear 3/4 view with the vents over the rear wheel arches which are a tasteful reflection of the original vents that appeared in the 1950's 250 TDF.

Ferrari as a sports car manufacturer hasn't really put a foot wrong since it released the F355 Berlinetta in the mid 90's.

Of course as with all the special edition Ferraris only a limited number will be produced, that being 799, and you better have a healthy bank balance because it will lighten your pocket to the tune of roughly $800,000 AUD plus on road costs. Does anyone in the rarified stratosphere that can afford these cars care about "on roads". I know there'll be mixed feeling about this, but I couldn't see myself in any other colour than the screaming yellow shown here, it's awesome.

So what do you get for your pocket change (cough, cough), well here are the specs:

I can't wait to hear about the hands on reviews of this car, I'm looking at you Chris Harris. 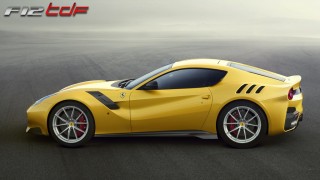 Tags:
Sports Cars Super Cars F12 TDF Ferrari
To be, or not to be...? Chevrolet Camaro
My Wife hates my car

Did Audi drop the ball? New 2017 Audi A5 not quite the looker it was