The new Ferrari 812 Superfast completely flew under our radar, yes we all knew a brand-new flagship model to replace the stellar F12 was around the corner, but typically we'd see more spy shots out in the wild as a precursor to a new release.

It only makes the new 812 Superfast all the more exciting as it was completely unexpected. It will make its official world debut at this year's Geneva Motor Show, and no doubt will be one of the stars of the event.

Looking for all the world like an F12 on steroids and having hit the gym, the 812 Superfast is a blend of old and new and clearly defines why Ferrari are the masters of retro done right. The last Ferrari to wear the Superfast badge was the 1964-1967 Ferrari 500 Superfast an uber-exclusive hand built limited production run special. 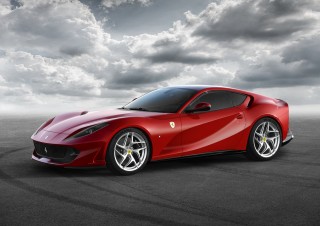 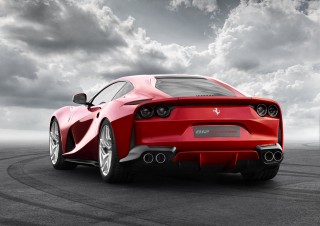 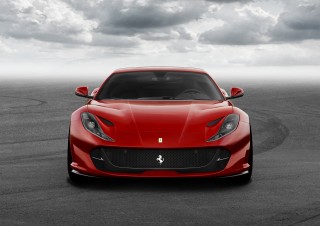 I guess one question that weighs on hardcore Ferrari fans is why the 812 Superfast, as beautiful as it is, was not designed by Pininfarina but the in-house Ferrari Styling Centre?

All that aside the new 812 Superfast is ready to set the supercar world on fire with it being the new benchmark for ultimate sports car performance. It is now officially the fastest production car Ferrari has ever produced (aside from the LaFerrari which was a limited run special edition).

Ferrari has developed a new naturally aspirated 6.5-litre all-alloy V12 that produces an insane 800bhp @ 8500rpm. That is a class-leading 123bhp per litre, torque is also off the hook, peaking at 718Nm @ 7000rpm. 80% of the torque delivery doesn't arrive until a relatively high 3500rpm, which means the 812 Superfast is going to be a screamer, awesomely, that's the whole point.

Ferrari has adopted a high-pressure direct injection fuel delivery system, running at 350 bar and variable intake tracts inspired by Formula One technology. A first for a production car engine, all to provide the zenith of performance and instantaneous throttle response. To further aid the acceleration onslaught, the dual-clutch transmission has undergone recalibration and further refined from that of the Ferrari F12tdf to provide shorter shift times when swapping cogs.

A lot of what's gone into the 812 Superfast was learnt and applied from the limited edition Ferrari F12tdf; the virtual short wheelbase/ rear wheel steering, first featured on the F12tdf has now evolved to version 2.0 and further improves both vehicle handling and dynamics.

The styling of the 812 Superfast was done entirely in-house by the Ferrari Styling Centre and features a broad spectrum of both past and present classic Ferrari's. The car's base architecture is that of a heavily modified F12, the tdf influences are evident, visually it has a much more aggressive stance than the F12 it replaces. While management of air flow is improved over the F12, enhancing both downforce and stability, their affectations are blended so artfully that it is an instant classic. Particularly impressive is the integration of the rear lip spoiler to the bodywork, harking back to classic Ferrari's of the 60's such as the 275GTB.

The interior of 812 Superfast has also come in for some attention, but the changes to the cabin are subtle compared to those of the exterior treatments.

We are yet to hear of the car's track times and outright performance improvements over the F12, no doubt we will raise eyebrows when we find out it's almost as quick around the Fiorano circuit as the hypercar LaFerrari. It's interesting to note that the 0 to 100km/h times quoted for the 812 is the same as the F12 it replaces; we are reaching the practical limit for said acceleration figures, and maybe it's time to adopt new benchmarking to quantify these extraordinary vehicles performance.

All in all, the new Ferrari 812 Superfast is a thing of beauty that will leave many a Ferrari fan, including me, with hearts aching with desire.

Stay tuned for more on the Ferrari 812 Superfast as more information becomes available. 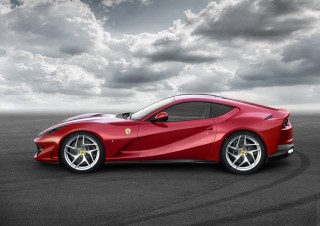 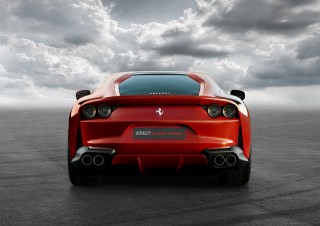 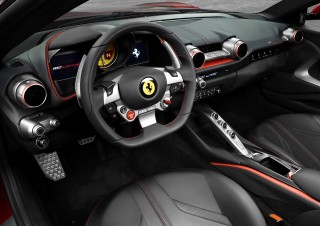