The Driver
THE BUZZ
9319 Hits
0 Comments This is no Hellcat - this is the world's most powerful production car V8 engine. It's good to know that after you burnup on re-entry, this car is still covered by Dodge's three-year, 36,000-mile bumper-to-bumper warranty and also a six-year, 60,000-mile drivetrain warranty. A death wish with peace of mind... sure, that works for me. 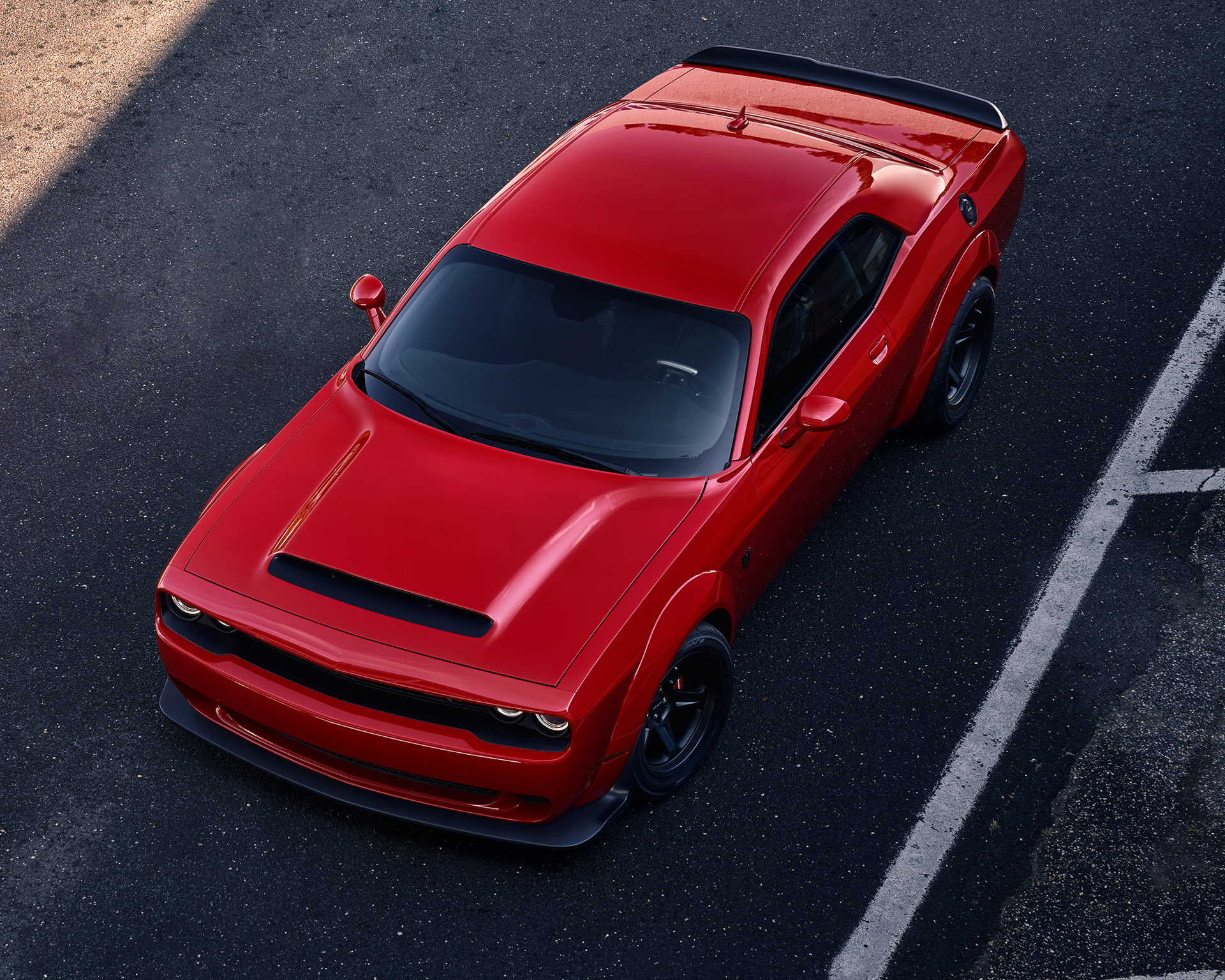 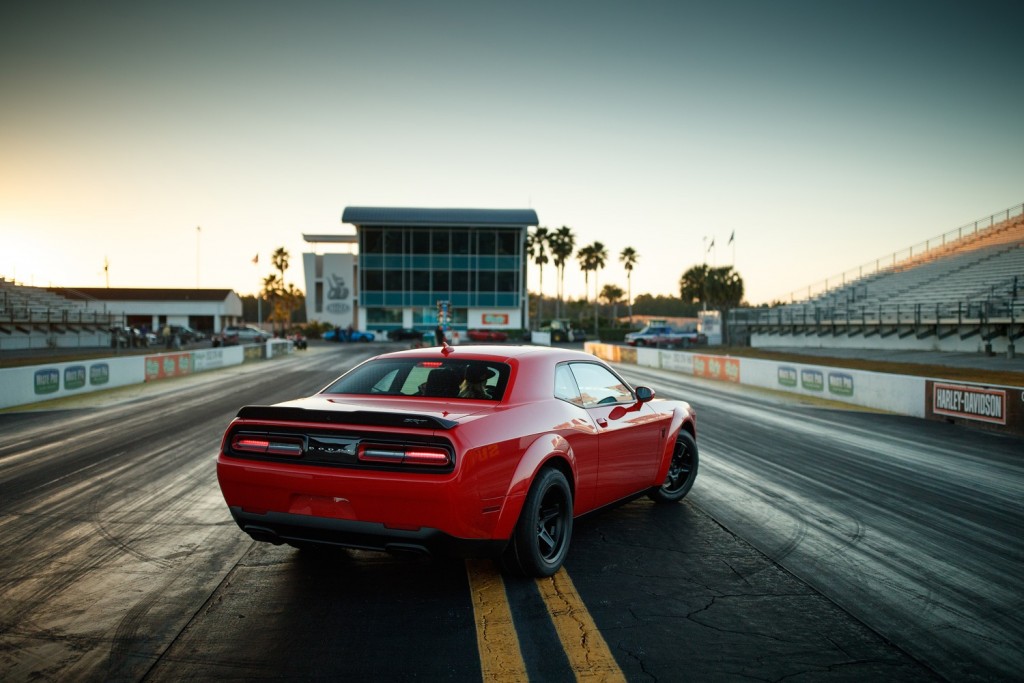 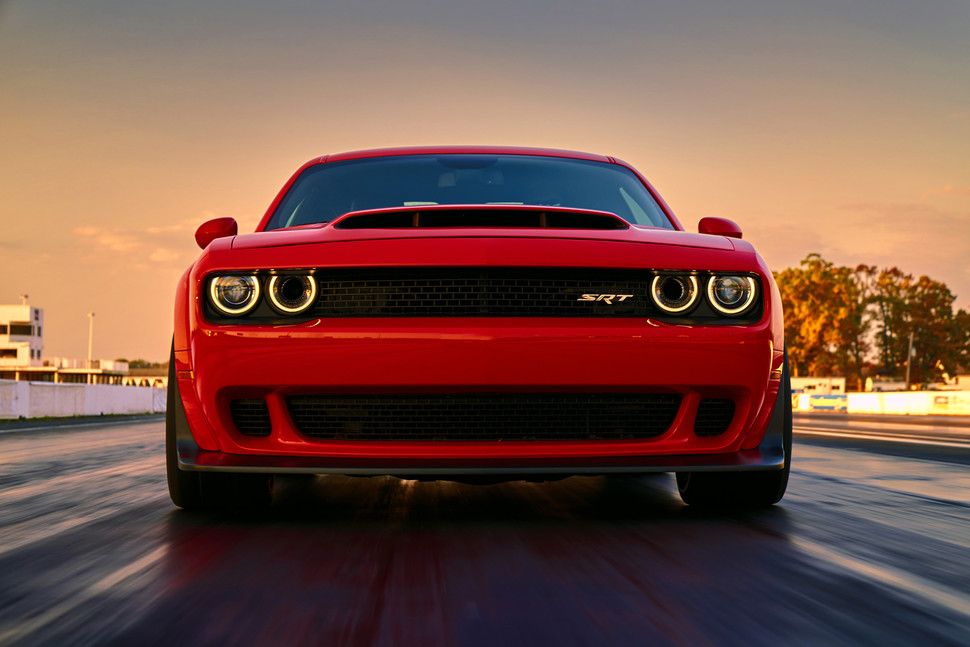 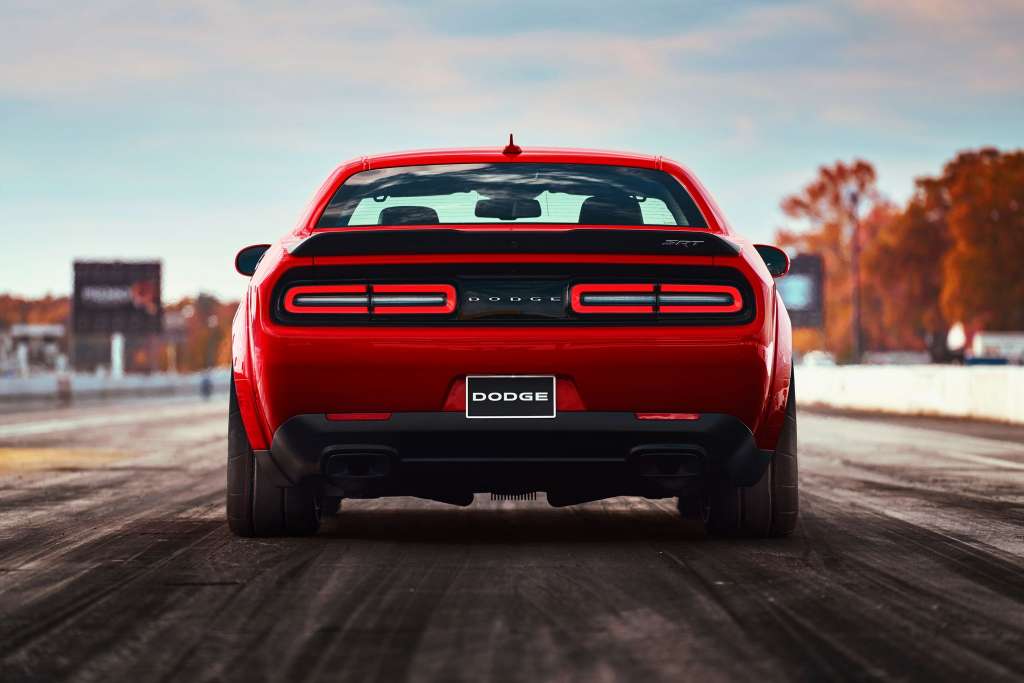 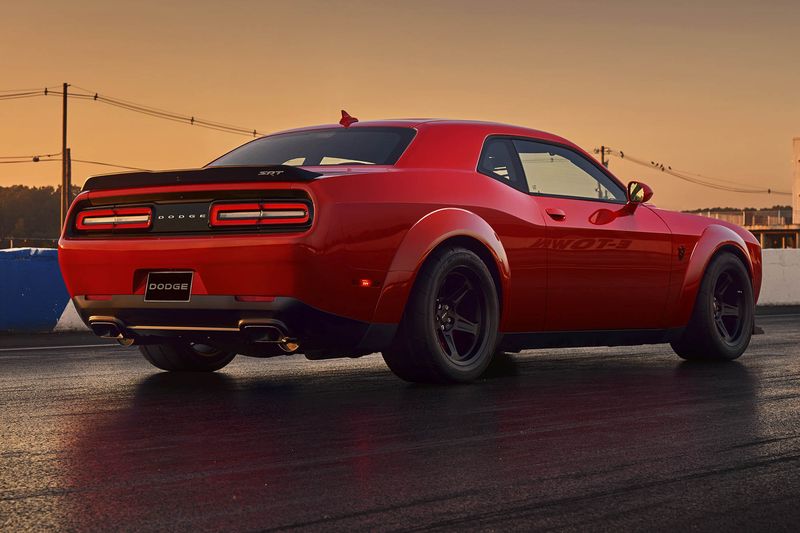 So, the guys at Dodge finally asked, what's it really like to be strapped to a rocket?

That answer has been provided in the form of the 2018 Dodge Challenger SRT Demon. It's officially banned by the National Hot Rod Association (NHRA) for being too quick for a production car to run at a drag strip without a cage. Good work.

Dodge will build only 3000 Demons for the US market and 300 for Canada, for 2018. Production begins in late summer, with delivery to dealerships taking place this fall. Pricing has not yet been announced, though however much it costs, each buyer will get a free day of driver training at Bob Bondurant School of High-Performance Driving.

It's got looser front suspension, firmer rear springs, and the Challenger SRT Demon is equipped with Nitto NT05R street-legal, drag-race tyres. Dodge says that is a first for a factory production car. The 315/40R18 tyres were specifically designed and developed for the SRT Demon with a new compound and specific tyre sidewall construction. Two-step ignition timing helps pre-fill the supercharger with eight pounds of boost during staging in prep for the full 14.5 pounds of boost within six feet of a run on the drag strip.

The Demon's V8 does share its architecture with the 707 horsepower, 6.2L V-8 Hemi which powers the Hellcat. However, more than 50 percent of the components in the new Demon V8 differ from those of the Hellcat V8. 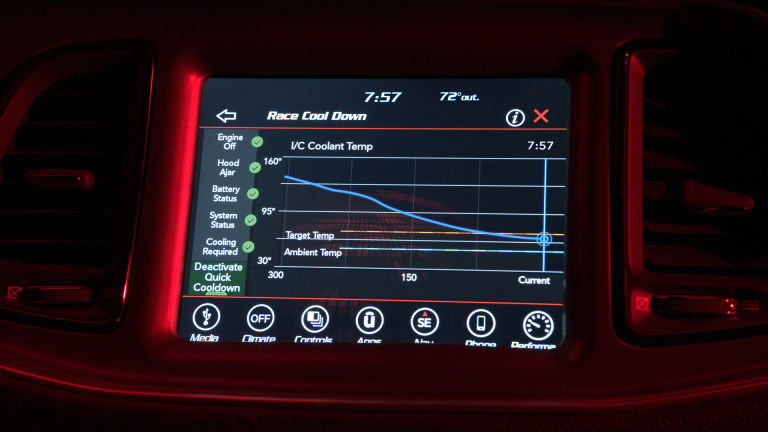 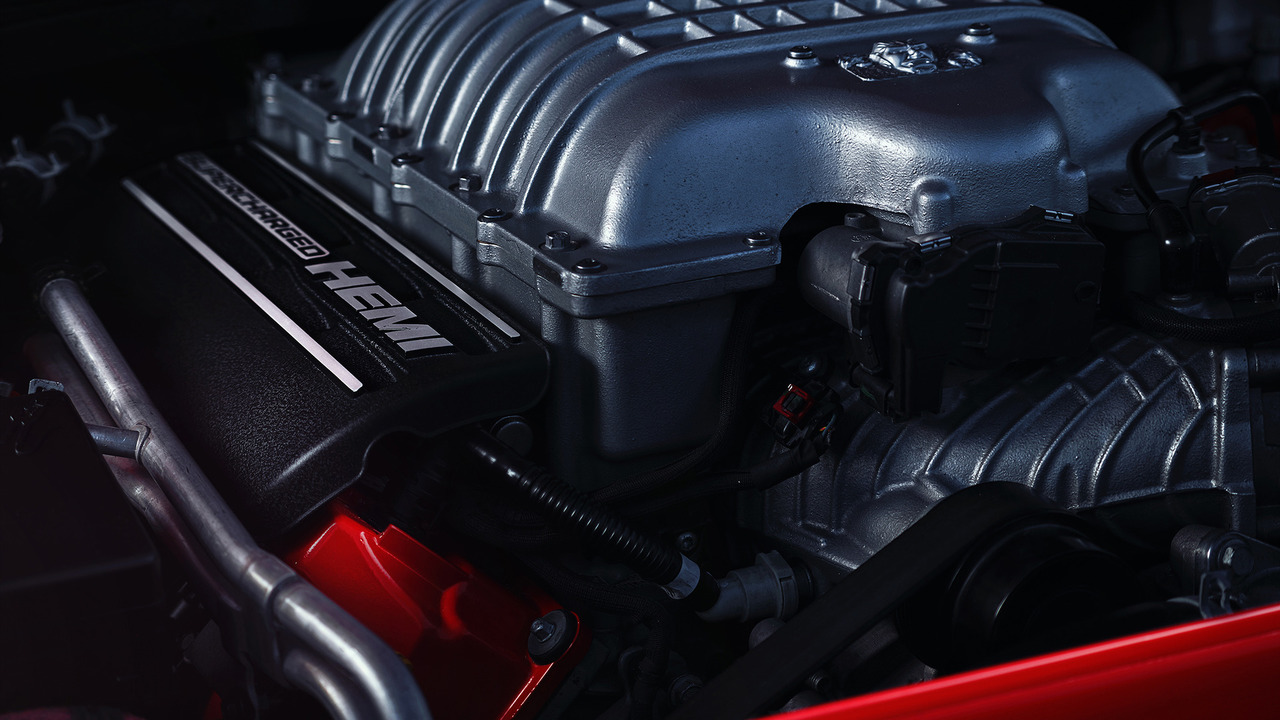 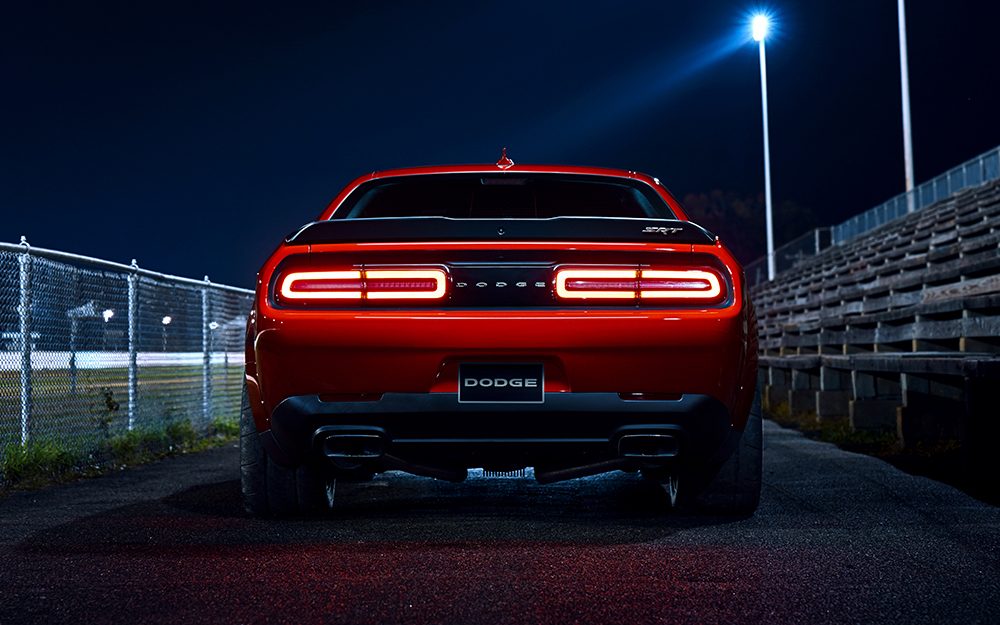 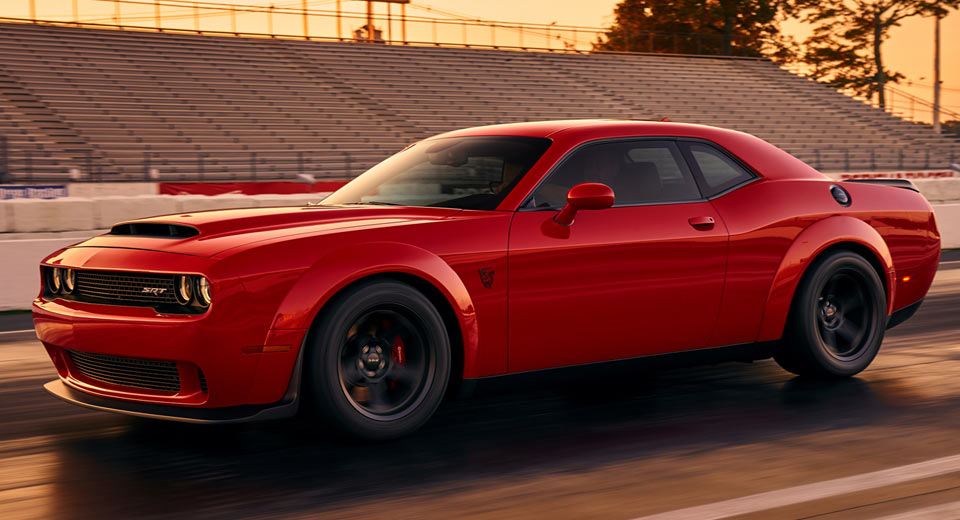 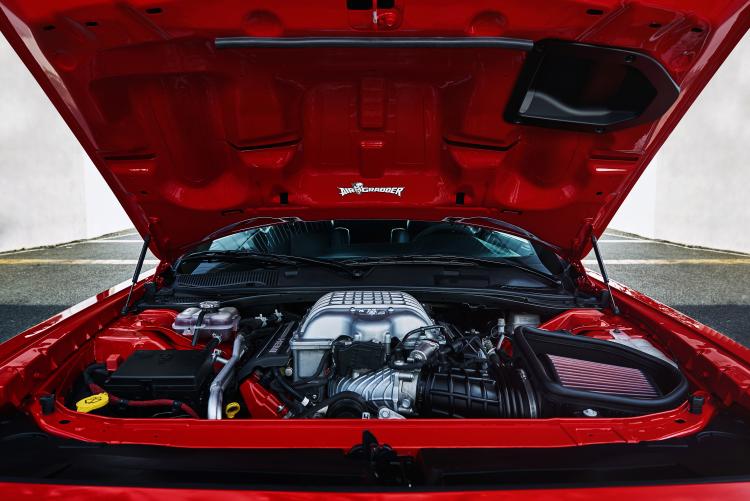 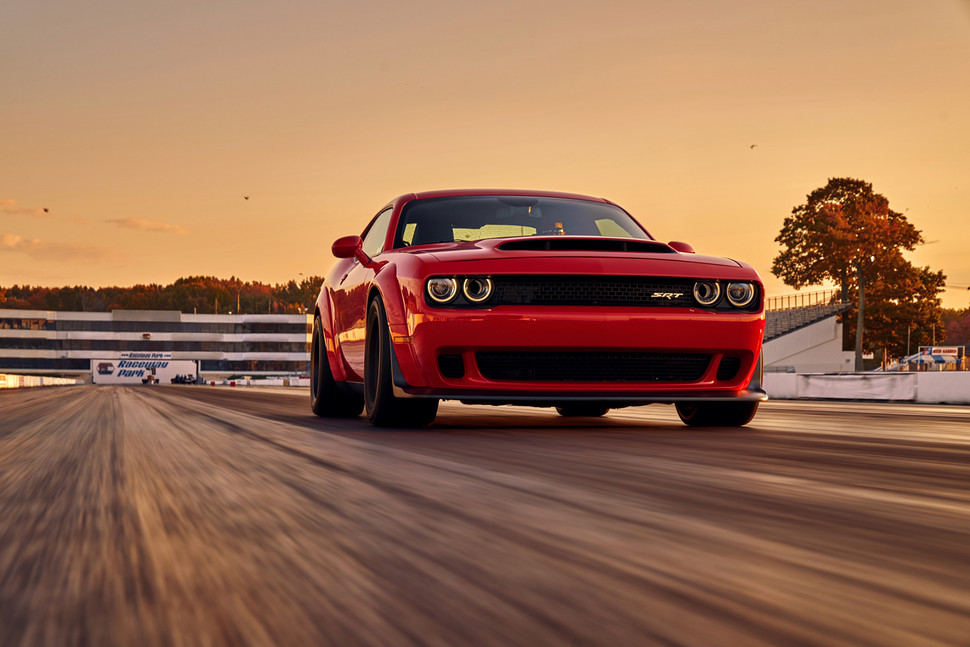 Dodge promises it'll launch the front wheels precisely 2.92 feet in the air, which is a production car world record certified by the Guinness Book of World Records, cool huh!

The Demon badge is not a first for Dodge, who originally added a Demon model to its Dodge Dart lineup in 1971 - Although, we suspect that this time, when you speak of the devil, well... you know how that saying goes.