Pushing the boundaries of the definition of a forgotten supercar, but the Lancia Delta HF Series was a car we couldn't ignore. Mainly because it's my son's favourite 'square' car as he calls it and he wanted it featured, supercar it is as far as he's concerned.

I'm very fond of the little Lancia myself, so any excuse to feature it sounds good to me. Winning umpteen World Rally Championships was how the Delta HF Series earned its supercar status. While most rev-heads would, of course, know about the Delta HF series, younger readers may not be aware of its significance. Without it and its enduring popularity we might not have the all wheel drive hotshots we take for granted today. 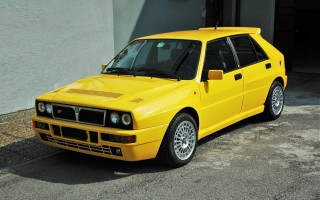 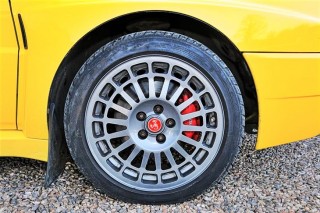 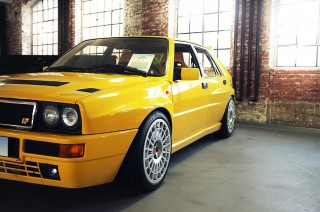 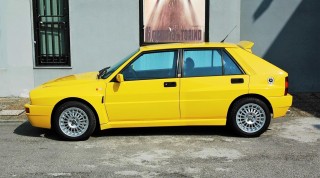 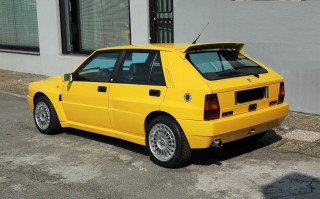 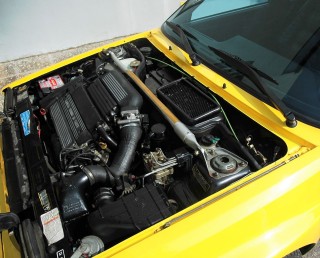 The mid 80's were the crazy years of group B rallying, where monsters capable of producing 600bhp and more would take to the track. It was in this period Lancia released the Delta S4 hyper hatch, featuring an all-wheel drivetrain, and a mid-mounted engine developing 480bhp from just 1.8litres. The Delta S4 had little in common with the original donor car other than it's silhouette. In a car weighing a paltry 890kg, it was insanely fast. By the end of 1986, after several fatalities, group B was banned, it was just too dangerous.

The Delta S4 went the way of the dodo and was followed by the Delta HF 4WD in 1987. Under the new Group A rules introduced at the time the cars used to compete were much closer to their production based counterparts. The Delta HF 4WD had continuous all wheel drive and ushered the age of Lancia's rally dominance by winning the world rally championship that year with Juha Kankkunen. 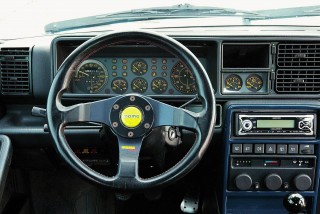 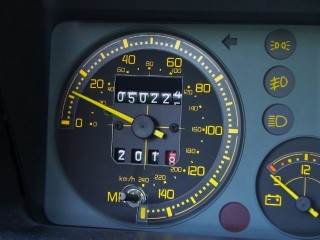 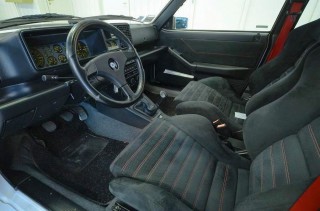 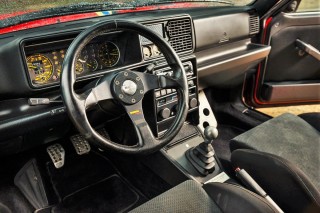 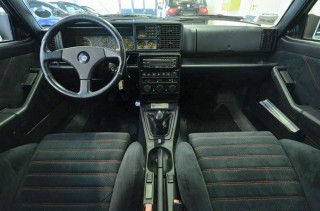 The 1987 season of the world rally championship was a bit of a cake walk for the Delta HF 4WD, despite the car not being fully developed. Lancia knew stiff competition was on the horizon and was encouraged to develop the first series Integrale for the 1988 season. Whereas the Delta HF 4WD was more of a road car with race tuning, a race car for the road better described the Delta Integrale. Due to the requirements of group A homologation, the road going Delta Integrales were virtually identical to their rally counterparts, ooh saucy. The race on Sunday, buy on Monday anthem rang true for the Lancia Integrale and again they won the 1988 world rally championship.

The Integrale Series I featured bigger brakes, uprated suspension/springs and damper struts while the drive train remained largely untouched from the previous Delta HF 4WD. Dominating the rally scene of the period, the Delta Integrale was successful due to its sophisticated all-wheel drive train. Composed of three differentials, for the rear a torque sensing Torsen differential, a centre Ferguson Viscous coupling and a Free Floating front differential.

The mechanically operated Torsen differential could instantaneously split torque between the rear wheels from 30% to 70% as required. The Ferguson Centre viscous coupling further controlled power delivery by sending power to the front and rear wheels as needed, with the default split being 53% power to the rear wheels. It was a very expensive setup, seldom used, especially for the class of vehicle the Delta Integrale was and very advanced for the time. ABS were also available as an option, so the Delta Integrale was a complete package.

Designed by Aurelio Lampredi, the two-litre engine of Fiat origin originally had a two valve per cylinder head (8V) producing 185bhp in total for the HF/Integrale Series I. By 1989 the engine was further developed using a four valve per cylinder head (16V), power output was now 200bhp. Other modifications included larger fuel injectors, a smaller turbo to reduce lag, and the waste gate was altered to allow for more boost. Group A rules at the time dictated road going Delta Integrales had to have the same coachwork as the rally racers, which meant larger wheel arches, modified bumpers, a fixed rear wing and a power bulge in the bonnet. All of which added street cred to the Delta Integrales stance.

Due to the Integrales relatively light weight, the 16V version was capable of sprinting from rest to 100km/h in a brisk 5.5 seconds and onto a top speed of 220km/h for the road going vehicles. 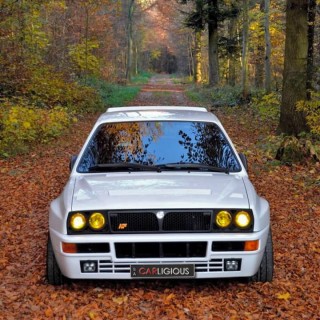 To remain competitive, the Integrale received yet another significant update in 1991, termed the Evoluzione (Italian for Evolution), the pinnacle of the Lancia Delta rally racers. Improbably the front and rear tracks were widened again, the pumped wheel arches looking almost ridiculously wide, indicating the Integrale had moved on from its humble family hatch origins. The Group A rules stipulated that the wheels could not extend past the body of the car. Better braking was made available to the Evoluzione, with twin piston fixed brake callipers replacing the single piston floating callipers previously fitted. The aerodynamics were also improved, a new adjustable rear spoiler,additional ducting and venting accounted for improved air flow and better cooling. The suspension was beefed up substantially to improve performance, durability and reliability. Other changes saw a revision to the headlight array, better dash instrumentation, and a front aluminium strut brace. The Lancia engineers, somehow, coaxed an additional 10bhp out of the engine, the output was now a healthy 210bhp in total.

A final special edition was released in 1993 to celebrate Lancia's dominance in the world rally championship, called the Evoluzione II, it never officially raced. It was made more civilised, using additional sound deadening, Recaro Alcantara racing seats, a leather-covered three-spoke Momo steering wheel, 16" inch alloy wheels, more creature comforts, three-way exhaust and a re-mapped ECU. Power increased marginally to 215bhp in total, being the last of the Integrale's manufactured they are highly sought after.

Revered like no other, the Lancia Delta HF series of rally racers have earned their reputation through dogged perseverance. Having won the World Rally Championship six times on the trot, from 1987 to 1992. Making the Lancia Delta HF series one of the most successful rally cars ever. Their presence was felt both on the track and the road, and today road going versions are just as thrilling to drive as they were twenty years ago and would keep many of today's hot hatches honest. 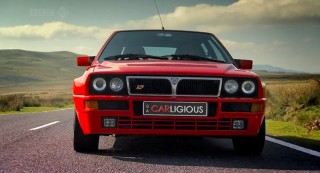 We test drive the 2017 Holden Astra Hatch: too much for Nana