When you have a car nicknamed 'Il Mostro' (Italian for the monster) there's more than a good chance it's not going to be beautiful. The 1989-1992 Alfa Romeo SZ was said car and to say it didn't leave a lasting visual impression is like thinking a hard slap to the face with a wet fish would go unnoticed!

By the late eighties, much of the fire the Alfa Romeo's brand had created through some the greatest racing legends of all time had all but burnt out. The company was a far cry from the five World Championships, eleven Mille Miglia, ten Targa Florio and 4 Le Mans victories.

Eighties Alfa's had a reputation for poor build quality, shoddy mechanicals and lacklustre performance for a marque with sporting aspirations. A lot of Alfa's had crosses hanging from the rearview mirror; it was supposed to help keep them running!

No matter their reputation, the Alfisti (die-hard Alfa Romeo fan) never lost their undying devotion to the marque, their mechanical foibles and lack of reliability were considered part of their ongoing charm. However, it didn't stop the Alfisti wanting a return to the glory days; the Alfa Romeo SZ was supposed to be the car to do it. 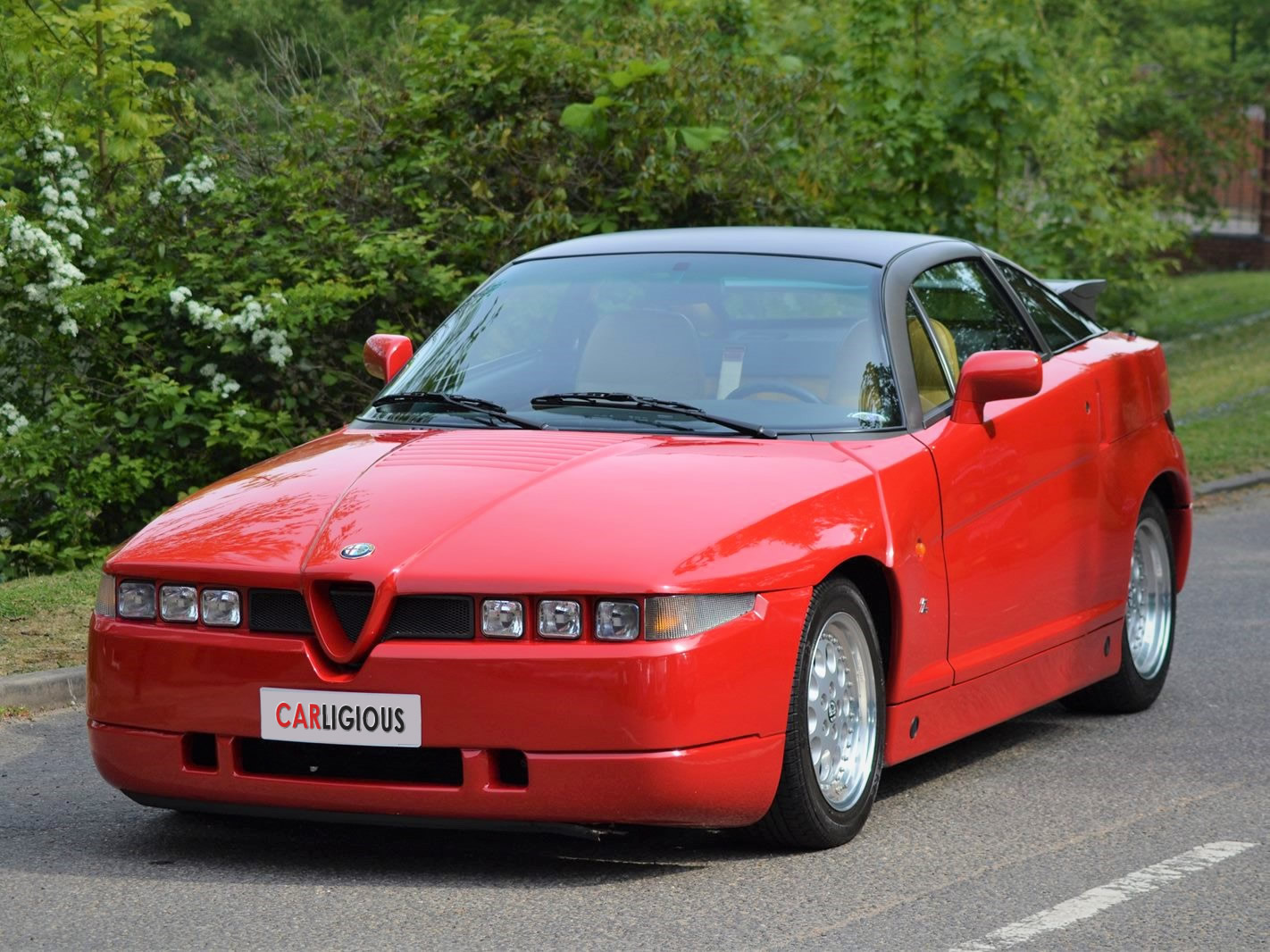 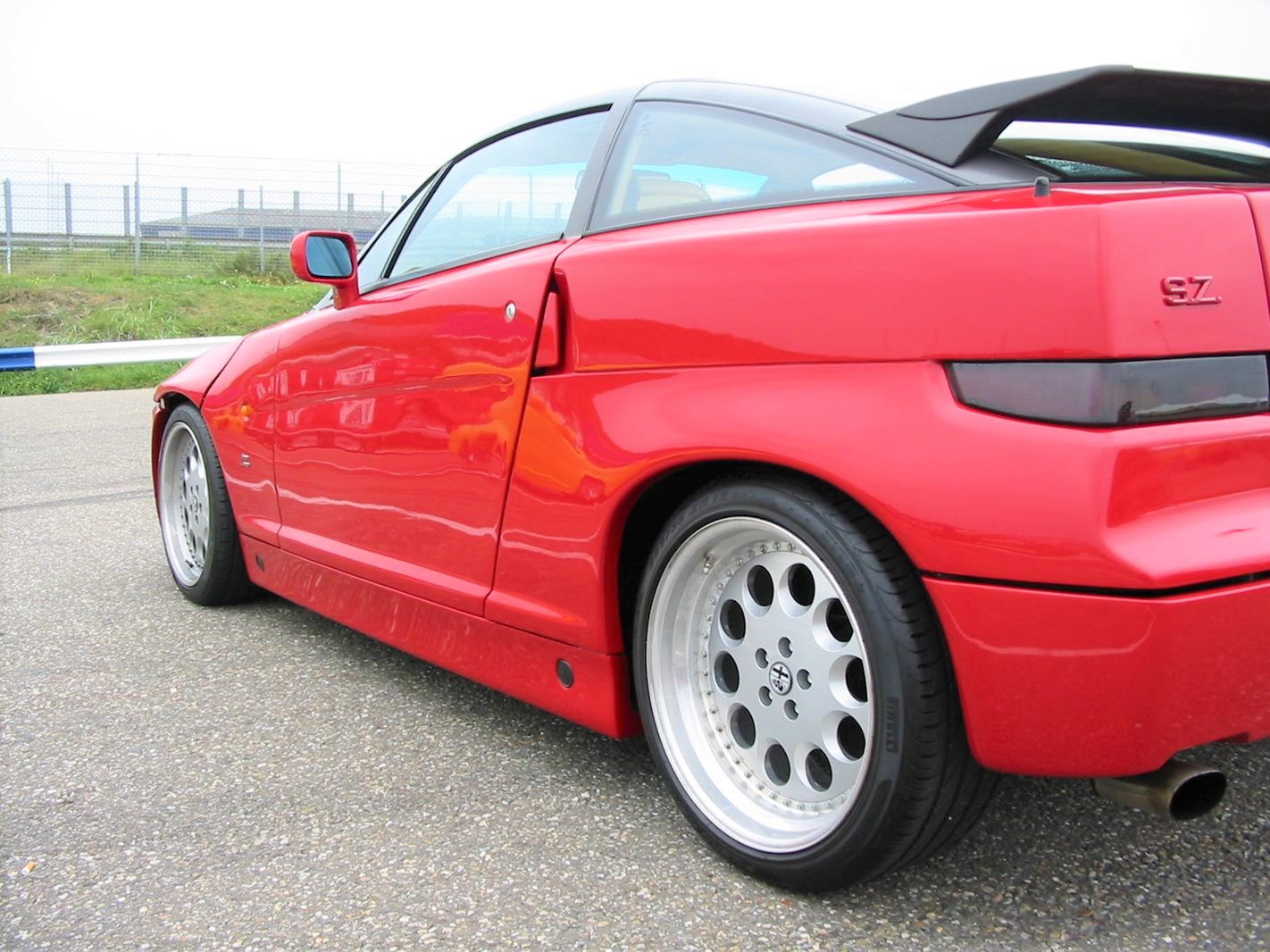 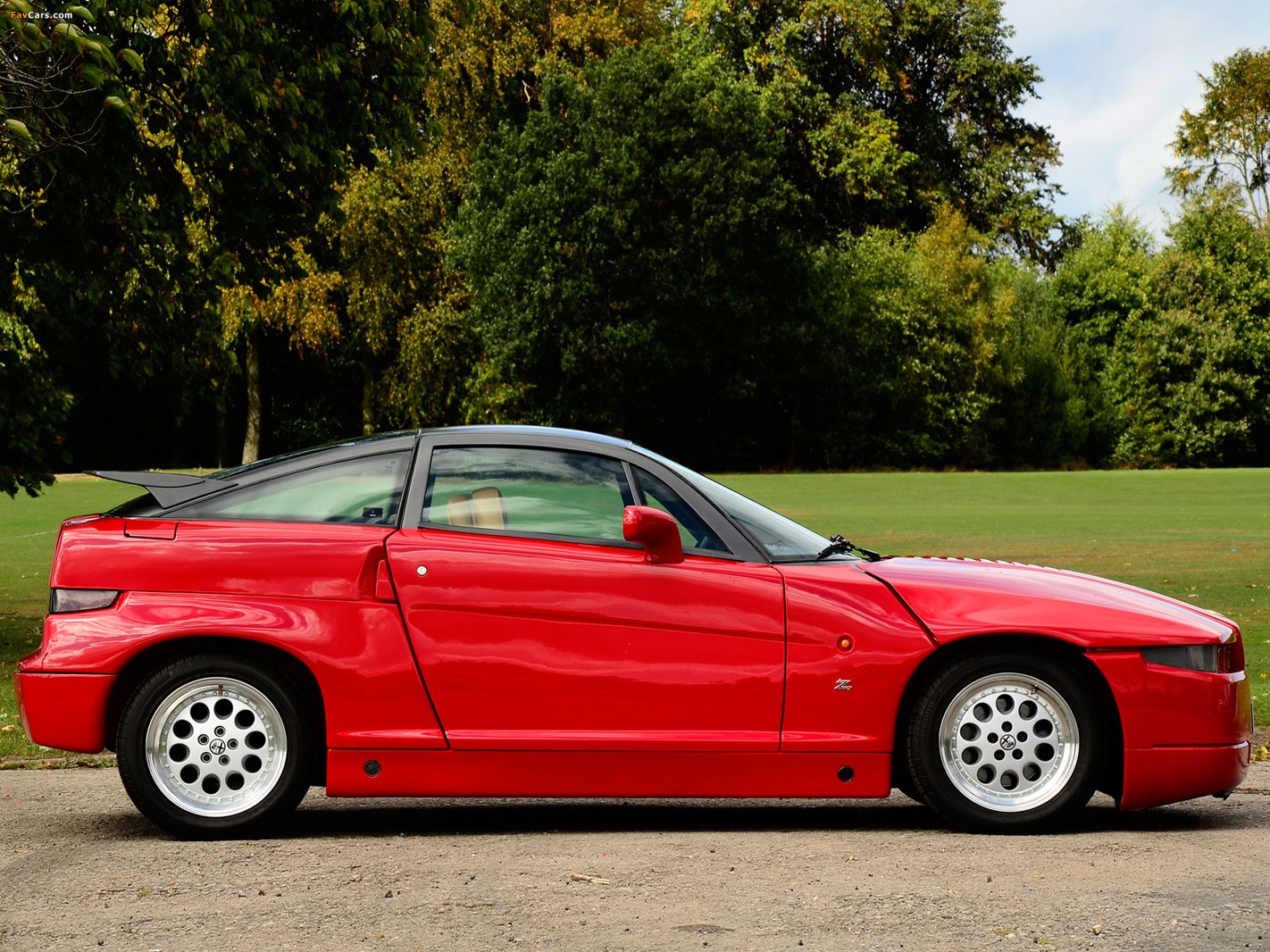 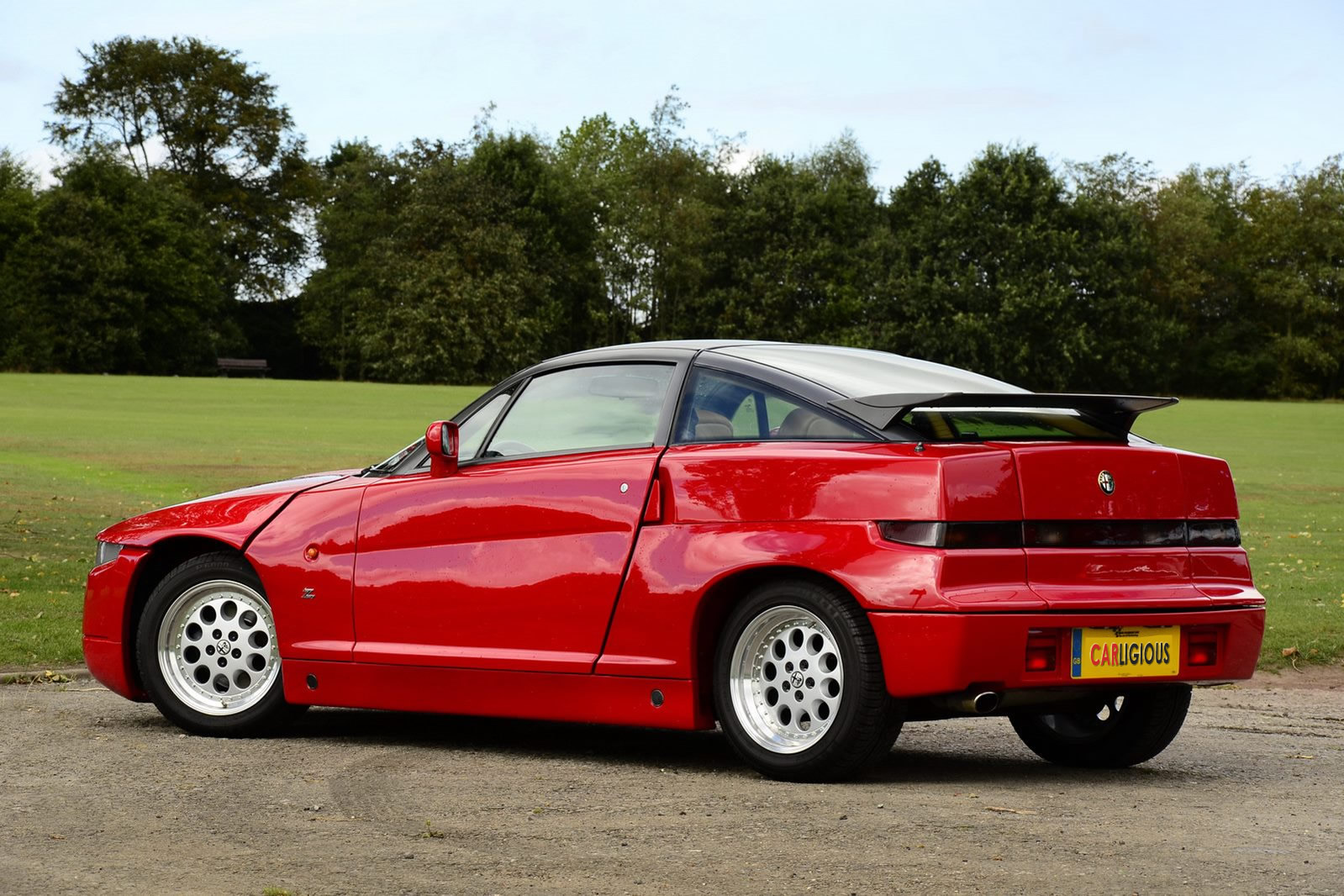 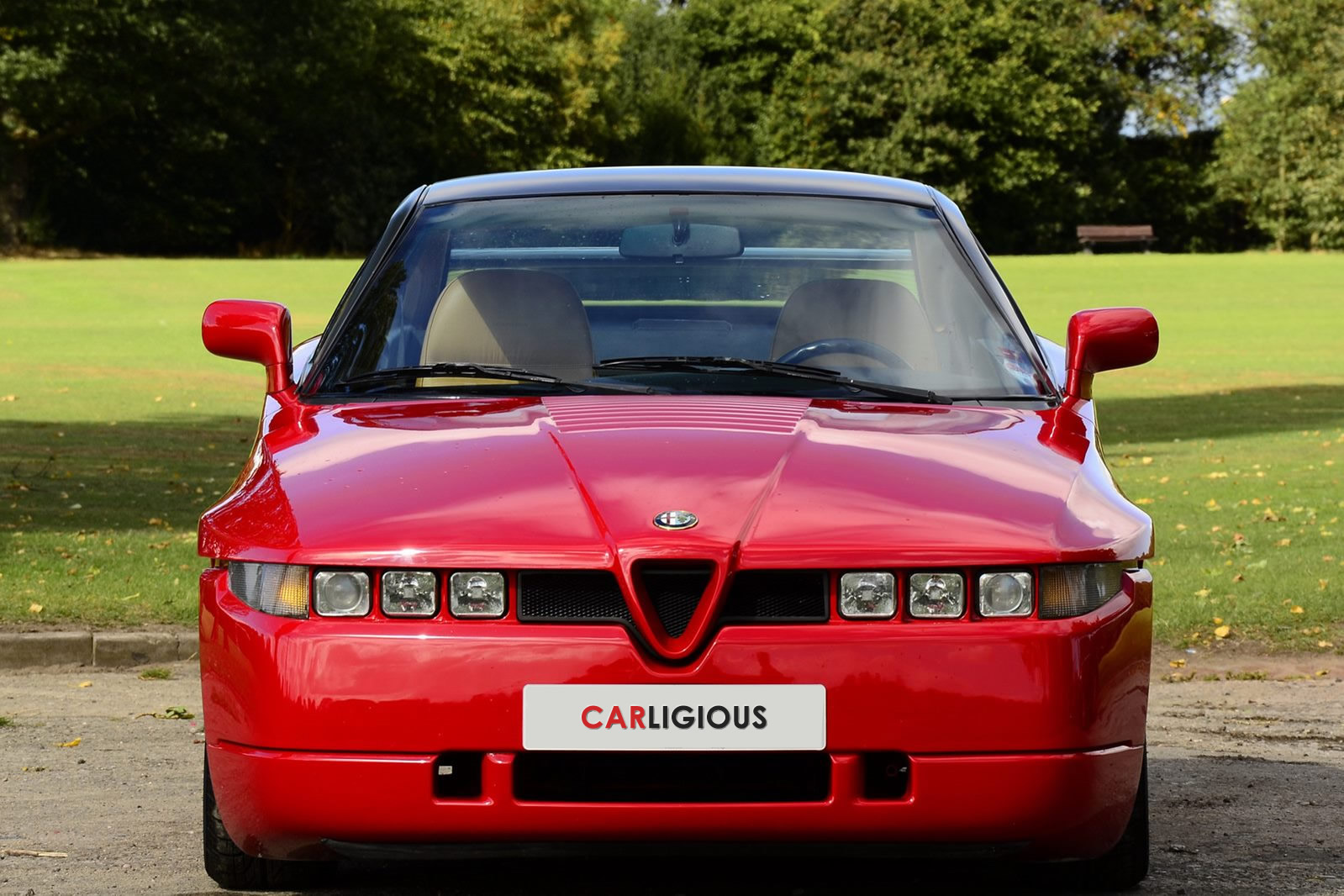 The Alfa Romeo SZ (Sprint Zagato) also known as the ES-30 (Experimental Sportscar 3.0-litre) was a limited run high-performance sports car built in partnership with the Italian design house Zagato, Fiat and Alfa Romeo. It made its first appearance at the 1989 International Geneva Motor show as a concept by Zagato. Interestingly the 'double-bubble' roof typically associated with Zagato was conspicuously absent. Not that its shape didn't make a bold statement, penned by Robert Opron, subtlety was definitely not a design aim for the SZ.

Short, squat but overtly muscular, its fastback styling screams menacing intent. Its ultra-wedge shape consisted of GRP (fibreglass) composite body panels bonded to a steel frame. It was all about promoting downforce, and at the time of its release, it was ahead of the game, with unofficial figures claiming the SZ was capable of generating cornering forces up to 1.4G's laterally, still excellent even by today's standards.

The SZ's mechanical underpinnings, loosely based on the Alfa Romeo 75 saloon was tweaked significantly by the head of the Lancia Rally Works Team, while the hydraulic damper setup was a race-inspired configuration supplied by Koni.

The SZ employed a rear transaxle 5-speed manual transmission, along with a short wheelbase and front mid-mounted 3.0-litre V6 engine provided the car with an ideal 50:50 front to rear weight distribution. The car also used a ground effect underbody and carbon-fibre rear spoiler considered cutting edge at the time.

Resulting in a superbly balanced road car, with the suspension, dampers and aero-aids working in unison to provide ultimate road holding/handling, drivers reported the SZ was a sheer delight to drive. Where the SZ failed to shine was outright standing start, straight-line performance, the rather meagre output for the 3.0-litre V6 of 154kW @6400rpm and peak torque of 245Nm @ 4500rpm could only see the SZ do the 0 to 100km/h dash in 6.7 seconds. Its exemplary chassis was capable of handling so much more power. 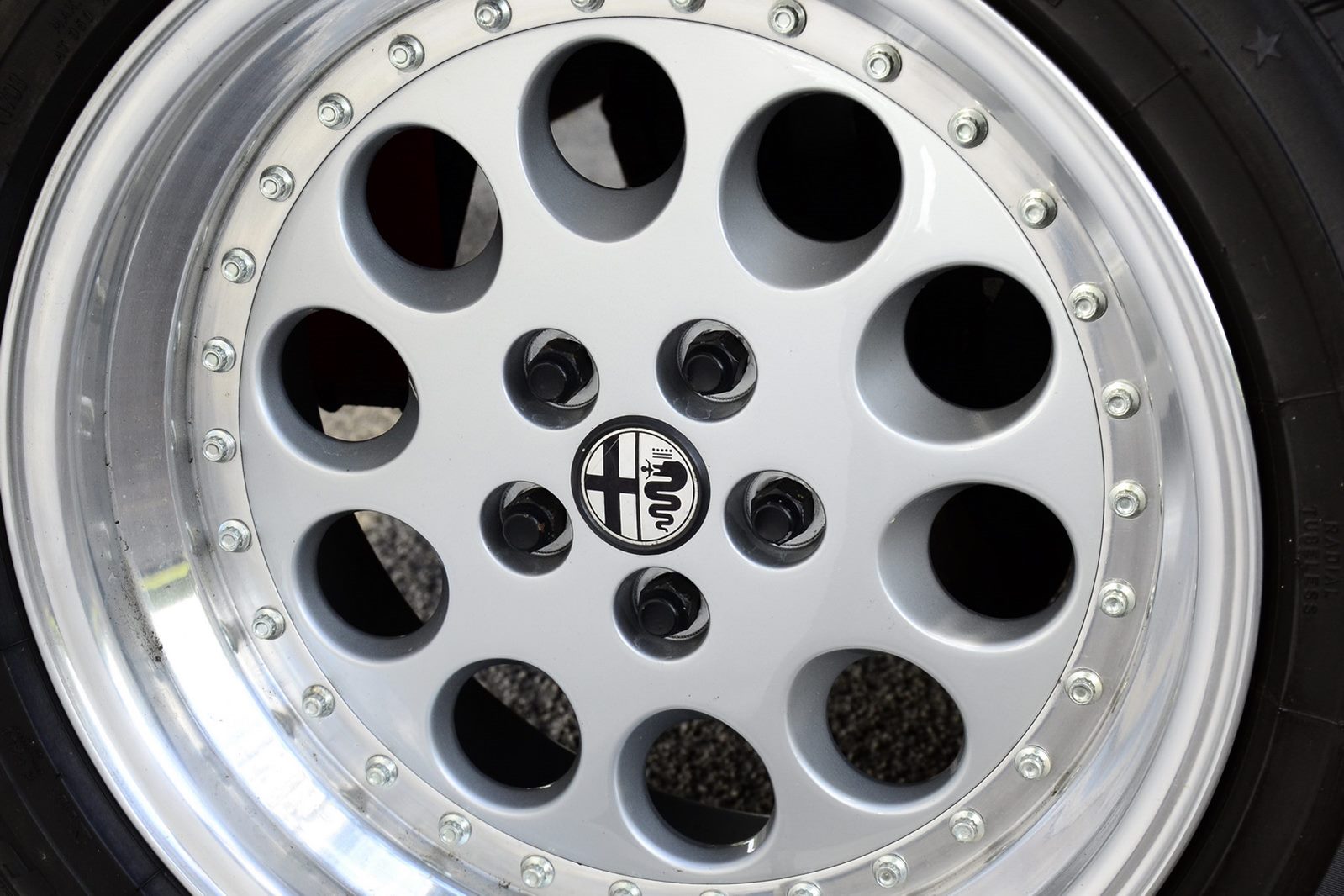 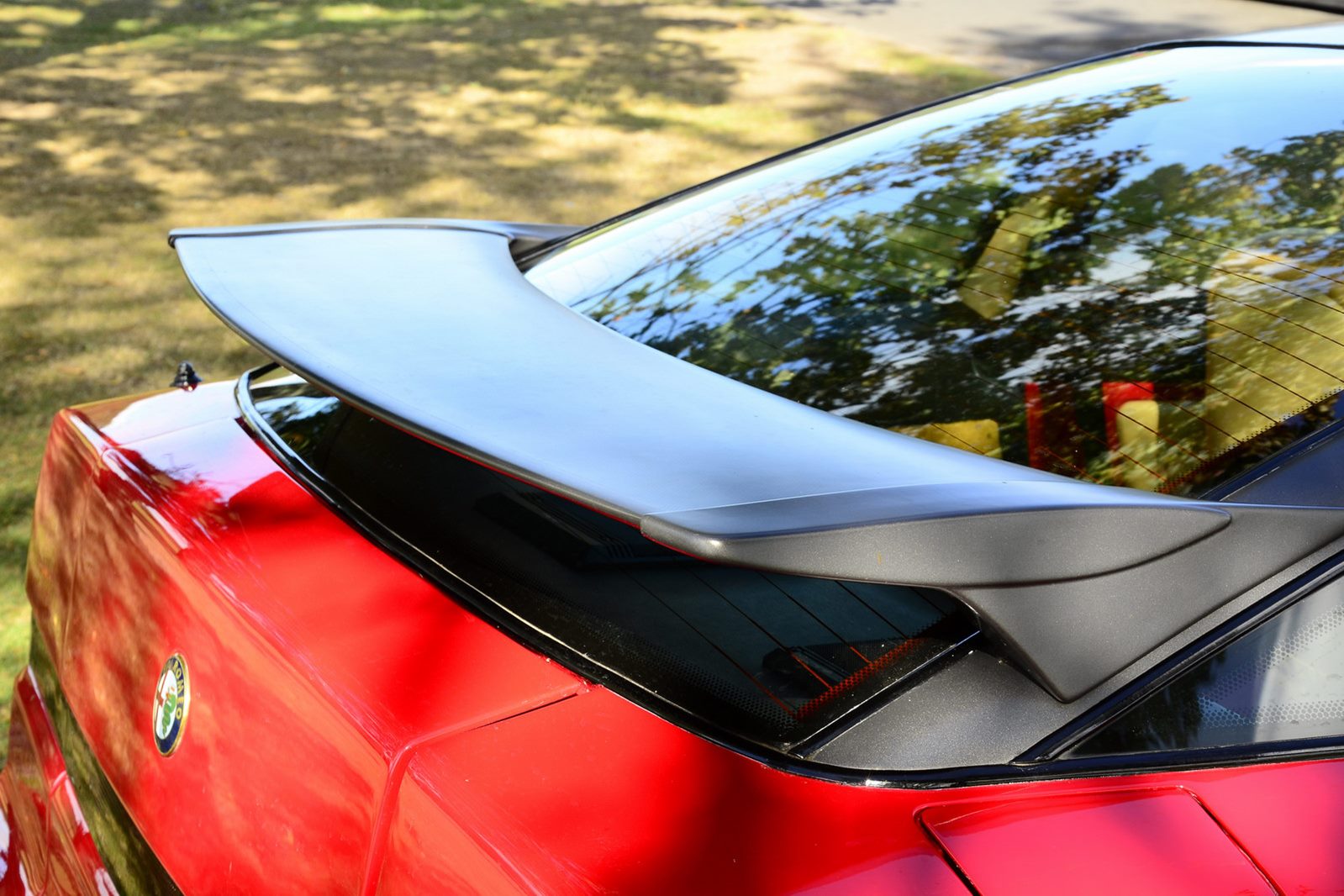 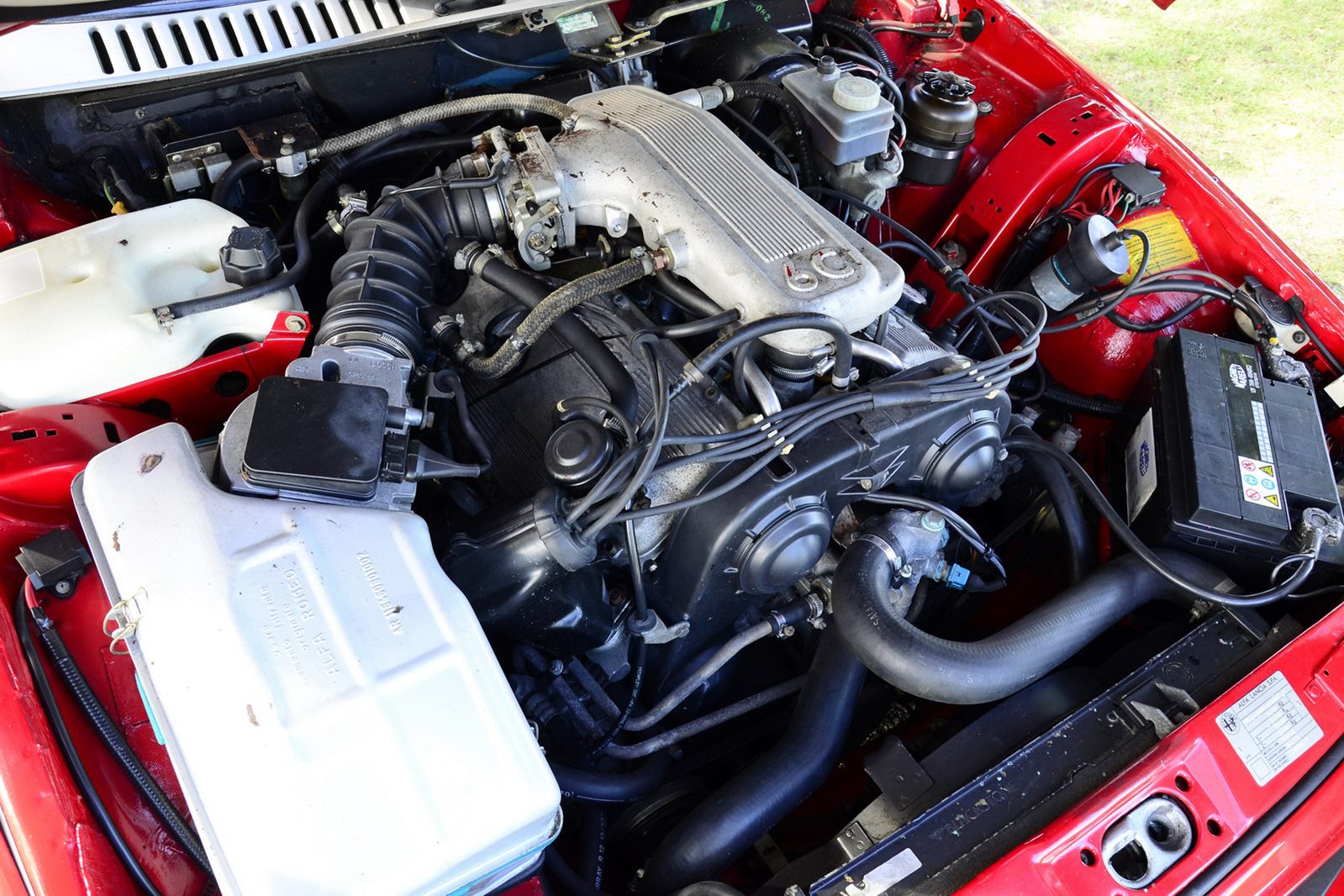 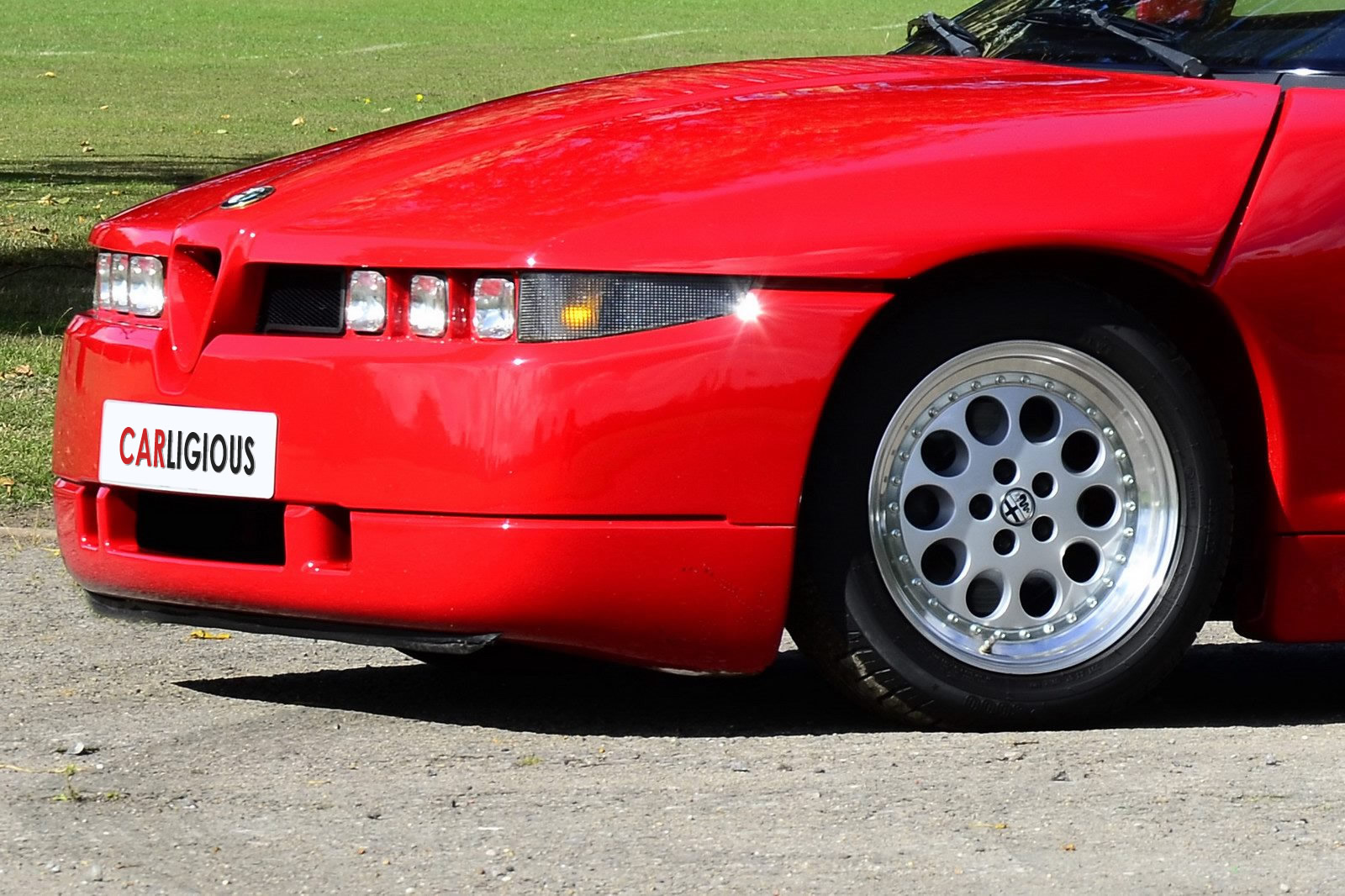 It didn't stop the SZ from being a supercar, however, point to point on real roads, in real conditions it clearly outpaced more expensive and exotic competition and made the SZ one of the most capable road cars in the world at the time.

Today the Alfa Romeo SZ is entirely underrated, even more so considering their limited numbers with just 1028 units produced. Pristine examples of the SZ can be found for around $150,000 AUD, a relative steal considering the car's historical significance.